New Delhi: The Delhi High Court on Tuesday (May 17, 2022) while hearing a PIL has expressed its displeasure over the illegal encroachment made as a mazar in Bhajanpura area. During the hearing of the petition, the High Court has sent a notice to the Delhi Government and others seeking their response. The court has asked that if such illegal religious structures are built in the middle of the road, then how will a civilized society remain.

Let us inform that in this case Acting Chief Justice Vipin Sanghi and Justice Navin Chawla heard the matter and slammed the Delhi government for not taking any action against the encroachers. The court said, 'After all, how will a civilized society be, if such structures are built in the middle of the road like this? You have to give a message in the society and against the encroachers that all this will not be tolerated under any circumstances. You should come out on the roads firmly and remove the encroachers from there. According to media reports, the court has expressed displeasure at the Delhi government while hearing the petition filed against the construction of two tombs. One of these tombs is built on Bhajanpura of Wazirabad Road. The second is built at Hasanpur depot. It is claimed that both these tombs are illegal.

SD Windlesh has filed a petition against both the shrines built by encroachment. They have argued that due to these tombs, traffic is affected and it causes problems to the citizens. He has demanded that directions should be given to remove these tombs at the earliest as per the directions of the top court. At the same time, advocate Gautam Narayan, appearing for the Delhi government, told the court that the issue of demolition of illegal structures is already sub-judice before the apex court.

During this hearing, seeing the pictures attached in the petition, the court considered that this is a shocking situation. Issuing the notice, the court said, "We are unable to understand how the state can be a mute spectator and allow such illegal things to happen." In our view, the State should take a clear, definite and firm stand in such matters. Give a message to the encroachers that this kind of encroachment will not be tolerated by you and the encroachment will be removed soon. Punitive action will also be taken against those who build such structures. 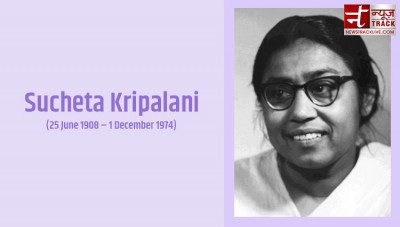