If you need dense eyelashes, then apply castor oil like this Castor oil is used by most people today. It is also called castor oil and is also considered to be a very beneficial oil. It is used externally as well as in the body until consumed. Now today we tell you the benefits of its skin, which are excellent and amazing.

* Mixing this oil with coconut oil and applying it on the black spots slowly lets it go away.

* By applying castor oil in the hair, it is dense and long and at the same time, the problem of Rusi is also removed.

* Castor oil is applied on the eyelids to make it dense and beautiful. Girls can use it easily. ,

* You can take half a teaspoon of castor oil and drink it in a cup of milk as it cures the problem of constipation.

* Massaging castor oil around the eyes removes the swelling of the eyes.

* Massaging with castor oil does not hang the skin and reduces wrinkles. One Urbaine to ace in fashion, fitness, and style with its unmissable clothes collection to launch soon Choose the best Lipstick shade according to your skin tone! 5 Tips to wear Heels without any Pain 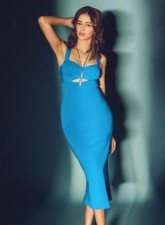