Ather Energy reported on Saturday that it sold 7,435 electric scooters in September 2022, up 247 per cent from the same month the previous year. The firm has also declared that the opening of 4 new experience centres in Ranchi, Kolkata, Mumbai, and Rajkot has increased its retail presence. With 55 experience centres, Ather is already present in 45 cities.

ALSO READ: Purchase this electric two-wheeler on Flipkart. Know how

This holiday season has gotten off to a wonderful start for Ather, who has been building momentum over the past few months. Phokela declared, “As a result of an improved supply chain, we recorded the best monthly sales in September, delivering 7435 units to our customers. We anticipate rapid growth in the coming months as we continue to work actively towards strengthening our supply chain."

Ather reported sales of 6,410 units in August. With a 34% market share, Ather was also the top OEM for electric two-wheelers in Kerala. The manufacturer has increased the number of experience centres while rolling out the 50,000th Ather 450X from their production site.

There are presently two electric scooters available from Ather. 450 Plus and 450X are available. The 450X has also been modified by Ather, and it is now in its third generation. 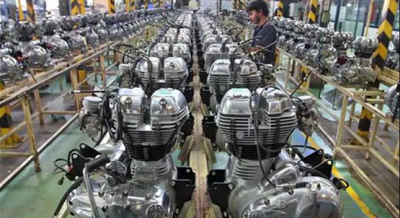