After Andhra Pradesh, now a shocking case of death of a student studying in a Delhi school has been heard. Actually, no one can understand how the child died. Now postmortem is also going to be done to find out the cause of his death. Further action will be taken only after the report is received. At the same time, the family of the child is in bad shape. They are unable to understand what happened to his child and how he died. The case is of a government school in Rohini area. Where the child of the second class has already died while sitting in the class.

According to the police, they have got information that the child has fainted while sitting in the class. After which the child was taken to a nearby hospital, where doctors declared him brought dead. Delhi Police says that a postmortem is going to be completed in this case, so that it can be found out what is the reason for the death of the child. For now, the police are declining the possibility of any wrongdoing.

Reports say that a class 7th girl student died in a strange manner on September 7 at Zilla Parishad High School in Nellore city of Andhra Pradesh. Actually, the teacher had questioned the girl in the class. When the girl was answering, she lost her life. The students of the school have said that when the teacher came to the class, he started asking questions, to which the girl stood up and said that she would answer but the teacher questioned the other girl. On this, the first girl got tensed that the teacher was asking questions to the other girl. After this, suddenly the girl student grabbed the hand of the girl sitting next to her and then suddenly fell down. The teacher immediately tried to bring the girl to her senses by splashing water on her face. The teacher thought that the girl had an epileptic attack, so she put a bunch of keys in the girl's hand. Then the girl's head suddenly fell backwards. 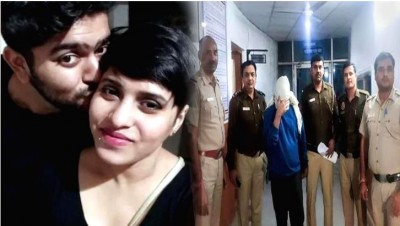