New Delhi: Former Team India captain Sunil Gavaskar on Thursday presented India's 'Test cap' to Shreyas Iyer. Thus, head coach Rahul Dravid has revived the old tradition of getting new players a prestigious cap from Indian cricket legends. Mentions that Iyer has got a chance to make his debut for India in the Kanpur Test against New Zealand.

???? A moment to cherish for @ShreyasIyer15 as he receives his #TeamIndia Test cap from Sunil Gavaskar - one of the best to have ever graced the game. ???? ????#INDvNZ @Paytm pic.twitter.com/kPwVKNOkfu

Shreyas Iyer became the 303rd Player to make his Test debut for India. Gavaskar, the ace batsman of his time, handed him the cap before the toss against New Zealand. Head coach Dravid had invited Gavaskar for the special event. The Board of Control for Cricket in India (BCCI) posted a video of the moment on its Twitter handle and wrote, 'A moment of pride for Shreyas Iyer, handed over the Test cap by legendary Sunil Gavaskar. The video also features head coach Rahul Dravid. Gavaskar also gave Iyer some tips after handing over the cap.

Earlier, during the second match of the T20 series, Dravid had invited Ajit Agarkar, one of the most successful Indian bowlers in the limited overs, to give Harshal Patel the national team's cap in Ranchi. In the first match, Venkatesh Iyer was handed the cap himself. Rahul Dravid had earlier accompanied the visiting young Team India as head coach. On that tour also, a tradition was introduced by Rahul Dravid that the team's cap was awarded to young players by senior players, Shikhar Dhawan, Bhuvneshwar Kumar, Kuldeep Yadav etc. 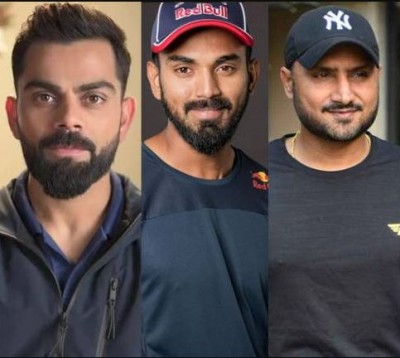