The date of 24th October, 2021 has been written as a day of major change in cricket history. In fact, no one expected what had happened on the cricket field on this day. Not at all for India. For the first time, Pakistan have defeated India in the history of the World Cup. Let us tell you that in the first match of the ICC T20 World Cup 2021 held in Dubai, the Pakistan team, captained by Babar Azam, fell heavily on the legendary Indian team and gave them a 10-wicket defeat. With this, Virat Kohli has recorded an unwanted record that every Indian captain has successfully saved in the last 29 years. The first match between India and Pakistan in the history of the World Cup was played in 1992 and since then the two teams have clashed in every odi World Cup in a row till 2003.

With Pakistan's win, India's chance to set a 13-0 record was also out of hand, but Team India still have a chance to retain a 7-0 lead in the 2023 ODI World Cup. Not only that, despite this defeat, Team India's record in T20 cricket is still brilliant against Pakistan.

Disclaimer : The views, opinions, positions or strategies expressed by the authors and those providing comments are theirs alone, and do not necessarily reflect the views, opinions, positions or strategies of NTIPL, english.newstracklive.com or any employee thereof. NTIPL makes no representations as to accuracy, completeness, correctness, suitability, or validity of any information on this site and will not be liable for any errors, omissions, or delays in this information or any losses, injuries, or damages arising from its display or use.
NTIPL reserves the right to delete, edit, or alter in any manner it sees fit comments that it, in its sole discretion, deems to be obscene, offensive, defamatory, threatening, in violation of trademark, copyright or other laws, or is otherwise unacceptable.
IND VS PAK T20 WORLD CUP VIRAT KOHLI PAKISTAN WORLD CUP INDIA VIRAT KOHLI
Share
Facebook
Twitter
Pinterest
WhatsApp
Koo 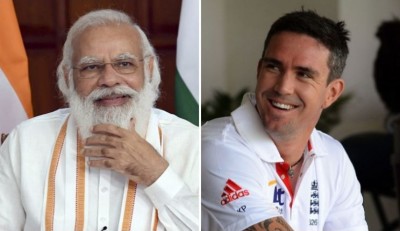