With the bundle of rant and rave over the photographs, India has issued a stoutly worded demarche to the Palestine government.

A photograph of Palestine's Pakistan ambassador Waleed Abu Ali sharing the same platform with JuD captain at a public meeting in Rawalpindi is going viral on the all social media websites. 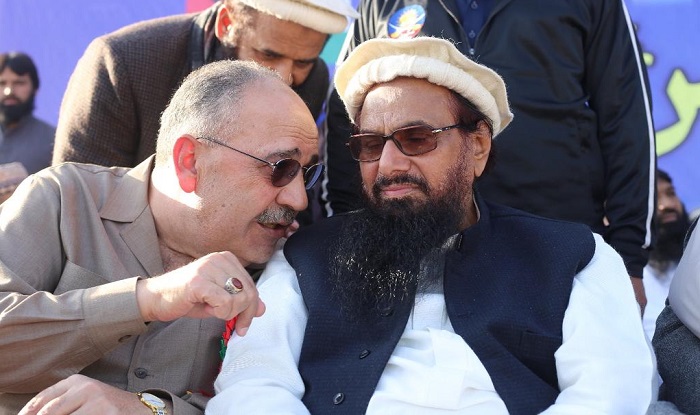 Saeed is nominated as an international terrorist by the UN and is prime accused as the instigator of the Mumbai 26/11 attacks due to which 166 people lost their battle of life.

The global terrorist Saeed holds a bounty of 10 million USD (approx. Rs 66 crore) and going on with exercise for a lot of influence in religious circles.(NT)