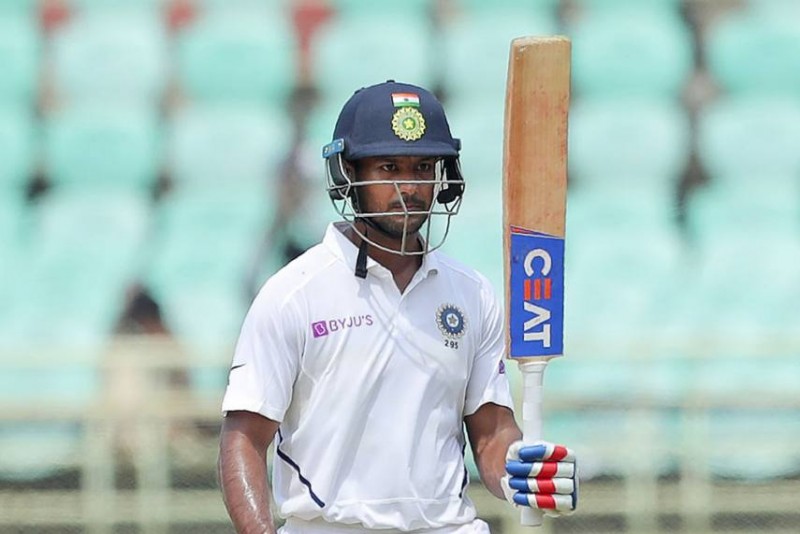 Mumbai: The second Test of the ongoing Test series between India and New Zealand is being played in Mumbai. India won the toss and elected to bat first in the Test. Today is the second day of the match. Till the end of the first session today, Team India has scored 259 runs at the loss of 6 wickets. On the first day, centurion Mayank Agarwal (135) and Akshar Patel (22) were at the crease.

Earlier, Team India had started well by winning the toss and batting, with Mayank and Shubman Gill (44) sharing an 80-run stand for the first wicket. But as soon as Gill was dismissed, Team India suffered two major setbacks. Both Cheteshwar Pujara and captain Kohli returned to the pavilion without opening an account. Shreyas Iyer, who scored a century in his first Test, could not do much in the innings and was dismissed for just 18 runs.

Wriddhiman Saha, who came to support Mayank, scored 27 runs for the team and shared a partnership of 64 runs with Agarwal. Team India's 6th wicket fell in the form of Ashwin, who returned to the pavilion without opening the account. After which Mayank Agarwal and Axar Patel took over the innings and did not let any wicket fall. Ajaz Patel took all 6 wickets for New Zealand. He conceded 90 runs in 36 overs putting 10 maidens and took 6 wickets for India.