Video: Declaration from loudspeaker- 'No one should come out of house,' Army prepared for final action in J&K Srinagar: The Indian Army's operation against terrorists is at an important stage after target killing in the Union Territory of Jammu and Kashmir. In Poonch district, people have been asked not to leave their homes by announcing from loudspeakers of mosques in Mendhar district. Nine days have passed since the army operation began in the area. The announcement is aimed at protecting civilians and preventing terrorists from fleeing under their cover.

Poonch anti-terror operation continues in Jammu & Kashmir for over a week. Announcement being made asking locals to stay indoors and not venture out. 9 Indian soldiers made supreme sacrifice for the nation in the area. More power to India’s bravehearts for this operation. pic.twitter.com/Lfx7WS6BSh

The area where the army is conducting operations is a hilly area and is surrounded by dense forests. Nine jawans have been martyred during the operation. The entire area has been cordoned off by the army. Para commandos, drones, helicopters have been deployed for surveillance. The news came after Army Chief MM Narwane returned to Delhi after completing his two-day visit to Jammu and Kashmir. Army personnel launched preparations for a final attack on suspected terrorists hiding in the forests of Bhatta Durian in Mendhar tehsil of Poonch district on Tuesday evening.

According to the report, villagers have said that an appeal to the loudspeakers of mosques asked them to give up whatever work they are doing and return to their homes immediately with their children and cattle. The announcements have been made from local mosques in Bhatta Durian and surrounding areas.

“Nation will move forward to attaining resolutions made for Aatmanirbhar Bharat”: PM Modi 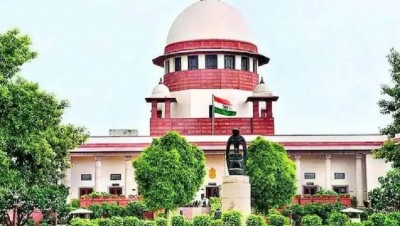