New Delhi: Former Indian football team coach Stephen Constantine on Monday (August 15) anchored in a controversy. In fact, Constantine uploaded the wrong Indian map on social media to congratulate India on its 76th Independence Day. Then Twitter users made Constantine realize his mistake, after which he apologized. 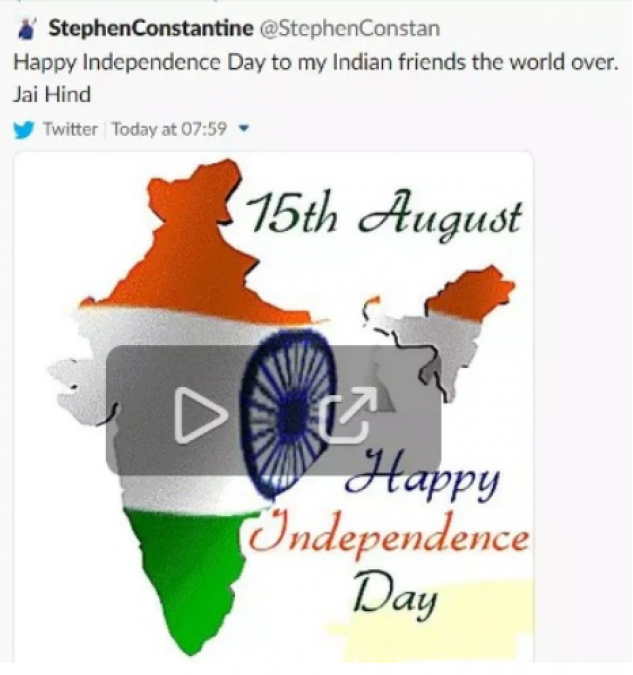 While sharing the wrong map of India, Constantine wrote, 'Happy Independence Day to my Indian friends all over the world. Jai Hind.' The shared map did not show Pakistan-occupied Kashmir (POK) as part of India. Stephen Constantine later admitted the mistake and deleted the tweet. He tweeted again and wrote, 'Sorry for the wrong map used earlier. Happy Independence Day to Indian people around the world.'

Apologies on the in correct map posted earlier....
HAPPY INDEPENDENCE DAY to Indians the world over. pic.twitter.com/2YAM4H81VU