New Delhi: The mega auction is scheduled to take place before the start of the Indian Premier League 2022 (IPL 2022). All ten teams have released their list of retained players, with it clear who will captain the maximum teams. Ahmedabad and Lucknow teams participating for the first time in the IPL have also announced their captains. Ahmedabad has made Hardik Pandya and Lucknow has made Rahul its captain. Tell us that Lucknow has bought Rahul for Rs 17 crore, whereas Ahmedabad has bought Pandya for Rs 15 crore.

However, some teams are looking for a new captain to get right now. With Virat Kohli quitting the captaincy of IPL, Royal Challengers Bengaluru (RCB) is currently looking for a new captain. While KL Rahul has parted ways with Punjab kings, the captain's seat is vacant there as well. The Kolkata Knight Riders (KKR), has released their captain Eoin Morgan, so this time a new player will be handed over the team's leadership.

On the other hand, when it comes to mega auctions, many players can be selected as the captain of a team, at this moment or in future. Many such names including David Warner, Ravichandran Ashwin, Shikhar Dhawan, Shreyas Iyer, Dinesh Karthik are being listed by IPL teams. 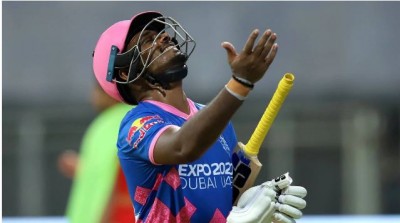