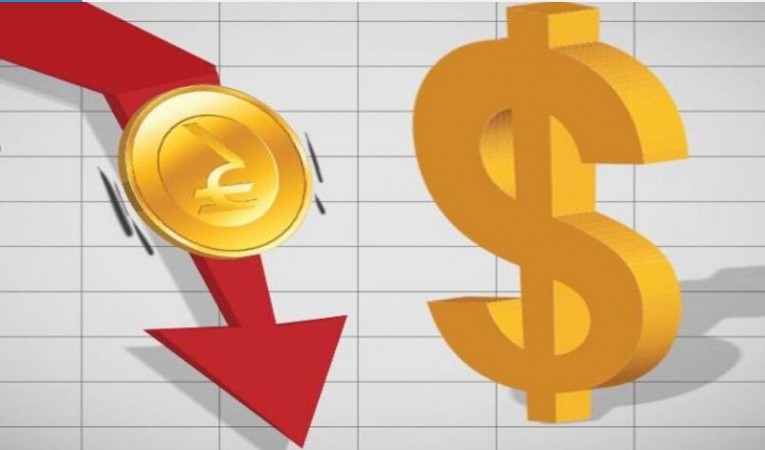 Indian Rupee Versus US Dollar: On Friday, the rupee fell 57 paise to 76.92  against the US dollar, driven down by a strong US currency outside and solid crude oil prices.

At the interbank foreign exchange market, the rupee opened lower at 76.61 against the greenback, and finally settled for the day at 76.92, down 57 paise over its previous close.  The rupee hit an intraday high of 76.56 and a low of 76.96 during the trading session. The rupee closed at 76.35 on Thursday.

The dollar index, which measures the strength of the greenback against a basket of six currencies, was down 0.30 percent at 103.44. Brent crude prices rose 2.31 percent to USD 113.46 a barrel, the global benchmark.

As market players priced in hawkish Federal Reserves, market investors sold equities and rushed for US Treasuries, pushing the dollar index to a two-decade high of 104.06, analysts said.