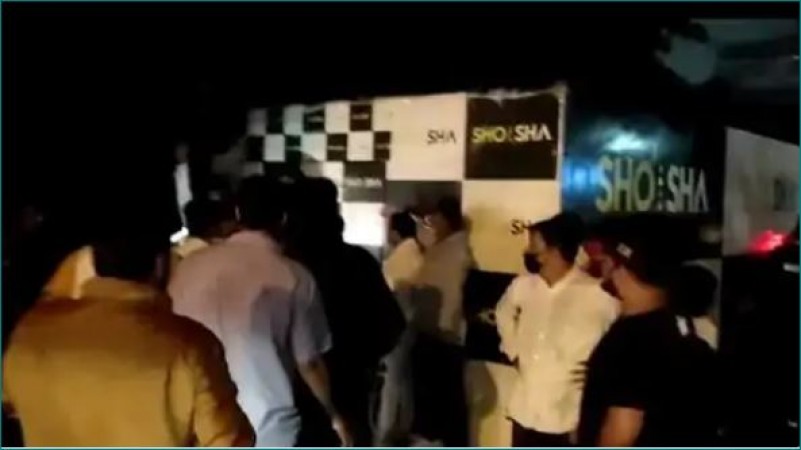 Indore: The ongoing fashion show at Indore pub created a ruckus. Hindu organizations called off the show after a lot of uproars here under the information received. Meanwhile, the organizers had to pull the girls out of the back of the pub. Hindu organizations, on the other hand, said, "Pornography is being labored in pubs. Love jihad is being promoted.'' Vijayanagar police rushed to the spot on his complaint and brought everyone to the police station. Even after coming here, the organizations created a ruckus. Police have now reportedly registered a case against organizer Faiz Ahmed Gauri and served a notice to the pub owner. In fact, a fashion show was held last Wednesday at the Show-Sha pub in Vijayanagar in the city of Indore.

Faiz Ahmed Gauri's fashion show from Mumbai was scheduled to begin at night and even before it started, Sumit Hardia, Sonu Kalyane and others associated with the Hindutva organization arrived here. There was a lot of uproar during this period. Meanwhile, the youth and girls who reached the spot had to be thrown out of the back path. Due to the uproar for a long time, TI Tehzeeb Qazi reached here and while talking about the action, he talked about taking the organizer to the police station. At the same time, the people of the Hinduist organization reached the police station and they created a ruckus there too.

In fact, they alleged that Hindu culture was being destroyed by such an event in the pub. At the same time, they spoke of serving obscenity and promoting love jihad. TI Tehzeeb Qazi has said that a case has been registered against the organizer Gauri in the case.