The second match of the UAE leg of the IPL 2021 will face two teams from opposite ends of the IPL points table against one other. In their first match back, Kolkata Knight Riders and Royal Challengers Bangalore will face battle at the Zayed Cricket Stadium in Abu Dhabi on Monday. The Kolkata Knight Riders had a slow start to the IPL 2021 season in India, winning only two of their first seven games to finish seventh in the points standings.

With Australian superstar Pat Cummins withdrawing from the competition due to "personal reasons," KKR has been dealt a major setback ahead of the UAE round. Despite a high economy rate of 8.83, the Aussie pacer was the highest wicket-taker for KKR before the tournament was halted.

On Monday in Dubai, the Royal Challengers Bangalore take on the Kolkata Knight Riders in their UAE debut. The two strong squads are likely to compete in a mouth-watering match. RCB may have a little edge coming into the match after defeating KKR in the opening phase of the tournament in India. The management would have a difficult time selecting an XI because RCB has a star-studded squad.

Captain Virat Kohli will undoubtedly start the batting alongside Devdutt Padikkal, who has impressed this season. Rajat Patidar did a decent job in the India leg and would in all probability be backed to occupy the No 3 spot. At No 4 and 5, RCB has the big stars. In all likelihood, Australia’s explosive all-rounder Glenn Maxwell will come in and he would be followed by South African great AB de Villiers 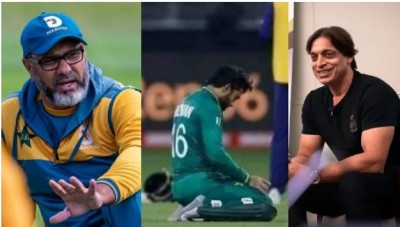