Washington: Tensions between the US and Iran may increase once again. In fact, Iran has asked for 5 billion dollars aid from Corona for the war with the International Monetary Fund (IMF). But America has said that it will not allow this to happen. The US says that Iran will not invest this fund in the country's health system, rather it will promote wrongdoings with this money.

Significantly, Iran has been badly affected by Corona infection, due to which more than 4 thousand people have died so far. The US official said that the US will use its veto power to stop this fund. The US has clearly stated that under no circumstances will this fund be given to Iran. A White House spokesman said that the country promoting terrorism is demanding money. We know that Iran will not buy medicines for its people with this money.

The White House further said that history is witness that the corrupt officials there keep the money given in the name of humanity in their pocket and then use it to promote terrorism. Iran's Foreign Minister Javed Zarif had targeted US President Donald Trump by tweeting. Javed wrote in his tweet that Iran is full of human and natural wealth and does not need Donald Trump's donation.

'Sitaram Yechury' said this about Corona and Tablighi Jamaat 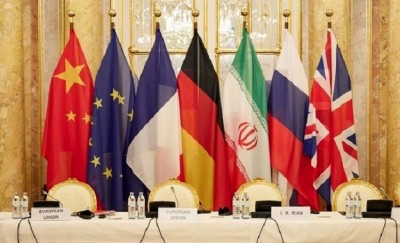