THERAN: A week after massive anti-government protests erupted over the death of a young woman in police custody, Iran's Revolutionary Guard Corps (IRGC) on Saturday attacked a Kurdish terrorist group's hideout in the north of neighboring Iraq.

IRNA reported that the Guard's ground forces attacked a "terrorist group" located across the border in Iraq with artillery fire from a position inside Iran's West Azerbaijan province. The report did not go into detail.

IRNA also claimed, without providing any further information, that intelligence forces had detained some members of a separatist group called "Komleh" in Iran.

Tasnim said the attack, which took place at 16:00 local time and targeted positions of Kurdish separatist organizations in northern Iraq, severely damaged them.

According to the report, the guards launched their attacks in retaliation for the separatist group's support of recent unrest in the nation and attempts to bring weapons to Iran.
Mahsa Amini, a 22-year-old woman who died in custody after being arrested by Iranian ethics police, has caused unrest in Tehran and all of Iran's provinces. The Kurdish region of Iran is where Amini's family is located.

State TV reported on Saturday that 41 protesters and police officers had died since the protests began last Saturday. He said the home ministry would publish the official figures. According to a count by the Associated Press, at least 11 people have been killed on both sides since protests began following Amini's funeral. 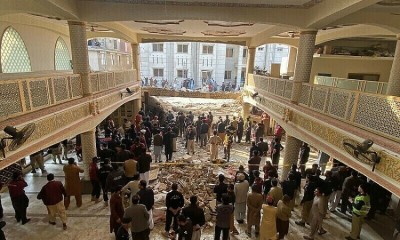