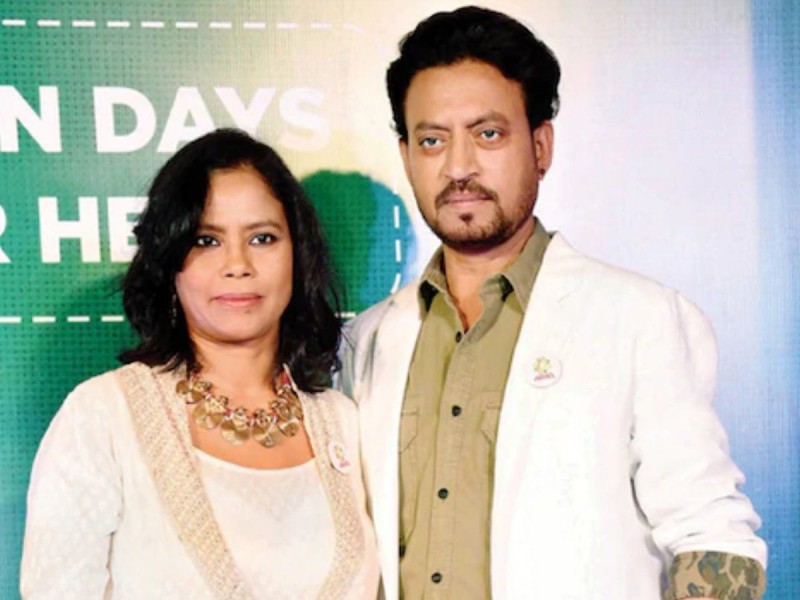 Due to Corona around the world, the situation is very bad, in the meantime, Bollywood world has also lost many of its stars. One of them was Irrfan Khan, who has not been forgotten even today. Meanwhile, it is more than 2 months since the death of the late actor Irrfan Khan. After the death of the actor, his family and fans are very sad. His wife and son are constantly sharing pictures and videos by missing him on social media. His wife Sutapa Sikdar is once again missing her husband Irrfan. She shared an emotional post on social media remembering her husband. Looking at this post, you can guess how she is remembering Irrfan Khan. Along with his wife, his fans are also missing him a lot.

Irrfan Khan's wife Sutapa has recently shared a post on her Instagram account. She has posted a picture of the Queen of the Night tree. Along with this picture, she wrote in the caption, '#rahennarahenhummehkakarenge#kaminiin our balcony..yaad tumhari Aati rahi raat bhar yeh khubsoo mehkati rahi raat bhar.. ' This post of Sutapa is being much liked on social media. Fans are also continuously commenting on it. Even before this, she has shared a picture of Irrfan Khan. In this picture, he was seen sitting down near the bike. Many people have liked this post.

Talking about the career of Irrfan Khan, he has worked not only in Bollywood but also in Hollywood. His first movie was 'Salaam Bombay' in 1988. This film was directed by Meera Nair. Subsequently, he made several films 'Kamal ki Maut', 'Drishti', 'Ek Doctor Ki Maut', 'Kasur', 'Haasil', 'Tulsi', 'Piku', 'Angrezi Medium', 'Paan Singh Tomar', 'The Lunchbox', 'Talwar', 'Life of Pi', 'Mumbai Meri Jaan', 'Saheb Biwi Aur Gangster Returns', 'Hindi Medium', 'Maqbool' showed his powerful acting. The performance of actor Irrfan Khan was the most connected, he had a different style of his own.

Salman Khan loved by everyone due to these specialities