Aston Martin: This electric bike will make you crazy at a glance Due to the interest of the government and the public, there has been a considerable increase in the sale of electric vehicles. Not only this, but a lot of electric bicycles are also coming in the market, which you can also run with an electric motor in addition to driving with a pedal. Talking about one such startup company Coleen, it was founded in 2013. This company is always known for making its expensive and unique electric bicycle. The company introduced the Coleen x Aston Martin electric bicycle at the 2020 CES (Consumer Electronics Show) in Las Vegas in January. 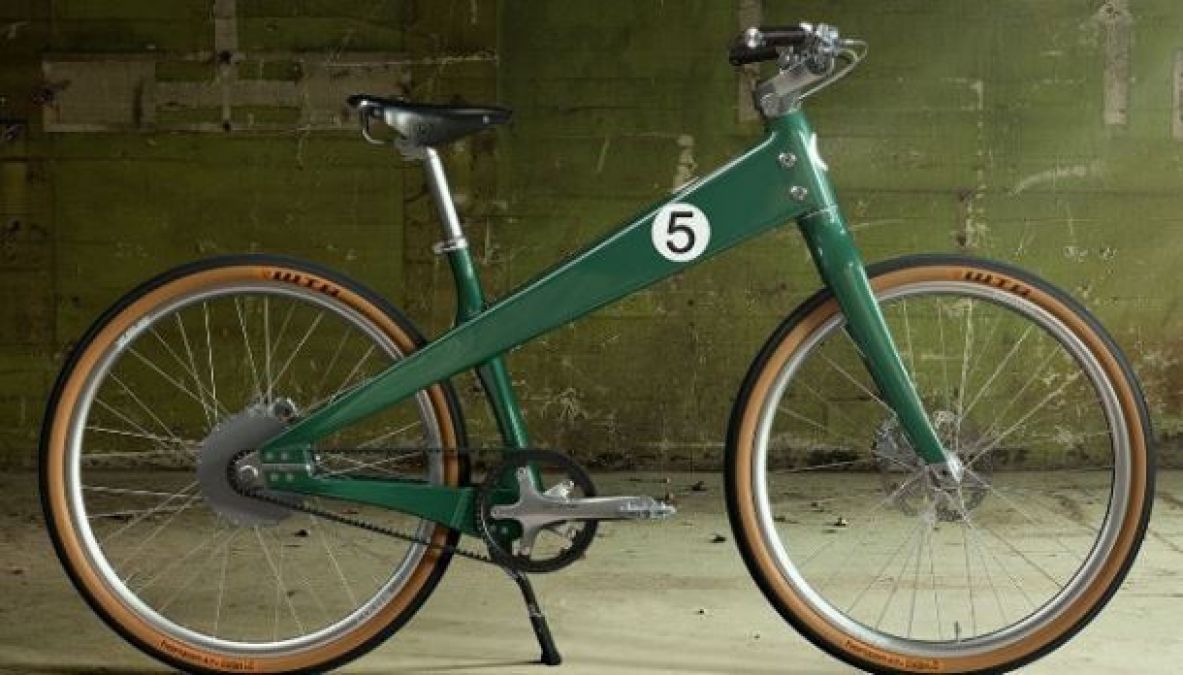 Aston Martin is made to honour the DB4, a grand tourer made in the late 1950s and mid-1960s. To be seen as a British four-wheel car, this electric bicycle is kept in almond green colour, which is usually reserved for Aston Martin's old performance cars.

To entice anyone, this electric bicycle has also used lithium-ion battery which is hidden and it has a removable unit of 48V which gives a range of 90 kilometres and it takes 2.5 hours to fully charge. It has a 500-charge cycle warranty that makes battery pack trouble-free for 5-8 years. The battery is connected to the hub motor which generates a torque of 40 Nm on the wheels and its top speed is 45kmph.