In the present cricket age, Jasprit Bumrah can perhaps serve as the face of fast bowling. He possesses all the necessary traits, such as pace, agility, and the physique to really crank it up. Unnecessary anger and excessive celebration, on the other hand, are not characteristics that are associated with Bumrah. Bumrah is one of the very few speed bowlers in the world who bowls with an absurd amount of calmness for a fast bowler. You won't often witness him losing control. Because he understands that the ball should speak for itself, Bumrah refrains from using vulgar language.

That wasn't always the case, which was surprising. The memory of a young Bumrah spitting on and throwing out AB de Villiers during an IPL game is long gone, but there was once a time when BOOM would let his feelings get the better of him. However, having played at the highest level of cricket for almost seven years and sharing a dressing room with some of Indian cricket's titans, Bumrah has cleverly grown and is aware of what he must accomplish.

"No, I was not always like this. In fact, when I started playing cricket it was the other way around. I was a little too aggressive, always on the go, always sitting on the edge... I could get angry really quickly. But then I realized that moving further if my emotions are not kept in check, then there's going to be a lot of variation in my results," Bumrah stated this in a GQ India interview with seasoned sports journalist Jamie Alter.

"I quickly understood that if this was the game that I always wanted to excel in, I needed to figure out how to control my emotions. Stability really helps. I learned that on the go; obviously you learn from experiences, you make mistakes. I chose to look at these experiences and then asked myself how I could get the best out of these situations."

Bumrah's likely absence from the T20 World Cup obviously comes as a significant blow with only three weeks till the tournament's commencement. The Indian cricket squad has been having significant problems with death bowling, and Bumrah, the lone bowler who appears to have solved the code, is now essentially irrelevant. While the country struggles to comprehend the possibility that its top bowler won't be in Australia for the World Cup, Bumrah provided insight into how he generally handles setbacks.

"If it's been a bad day, I switch off for a while. If my mind starts to wander, I divert it to something else. Then I come back and I analyse. Good day or bad, I analyse it and tell myself to remember what produced results. I depend on my own evaluation, but when I don't have answers then I look to people I trust and believe in. Then I go to the coaches and seek advice. But after that, I filter the noise out, because at the end of the day I understand my game better than anyone else. I've made a career on my own," he added.

For Bumrah, setbacks are nothing new. At a very young age, he experienced his first challenge. When Bumrah's father passed away, he was just under five years old. The India recounts how the family came together at that time, which was the first step toward Bumrah's current status as a self-made man.

"My mother had to start working. We had seen ups, and then one day we were back to zero. So now, when we are back to another high, we stay stable because we have seen that low. We know that we cannot go ­crazy. That period has taught us so much. My mother has done so much for us, and we cannot ever repay her. We've bonded as a family because of what we've gone through and we're very grateful for what we've received. We know how the world changes when things don't go well. That's why today we’re respectful of the good times and remain humble," said Bumrah.

"My mother was never firm in saying to me, 'This is what you have to do', but she did want me to have a career that would give me security. But that's about it. She did not force anything on me, never told me I had to become a doctor or ­engineer," he says. "In fact, it would have been difficult for her to see me as a doctor or engineer because I was always playing cricket. She must have looked at me and wondered 'What will he do?' Yet one thing my mother was adamant about since she was a school principal, was that I learn the English language." 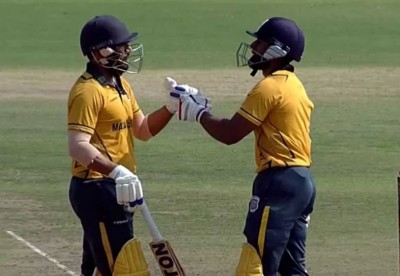