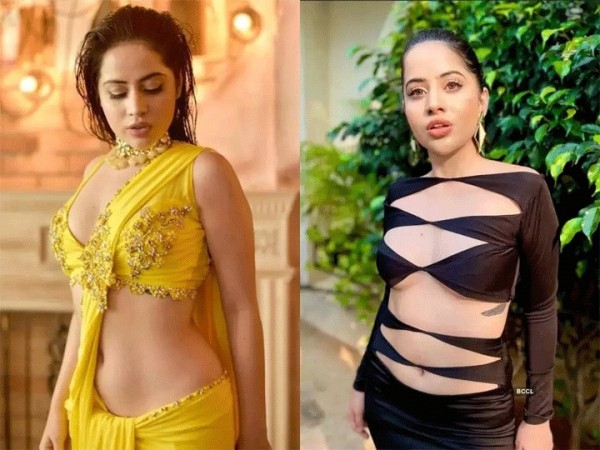 Having a distinct and special identity in the social media world is not as simple as it seems to be. While millions of people like you when there is an internet sensation, they are excited to get a glimpse of you, there are many people who also harass many stars by trolling her. Urfi Javed is also one of those stars who always have to face trolling along with the applause of the fans. But what is happening with Urfi now is very shocking.

Recently, Urfi Javed strongly condemned the Murder of Kanhaiyalal in Udaipur. Urfi had shared the post on Instagram Story and wrote that Allah has never accepted such barbarism in the name of religion. Ever since Urfi wrote these posts, he has been receiving threatening and lewd messages from people. But now the limit has been crossed. While Urfi was only getting threats earlier, now some people are spreading false news by sharing false posts of Urfi's demise. Urfi Javed has expressed her concern over this by sharing a post on her Instagram story. 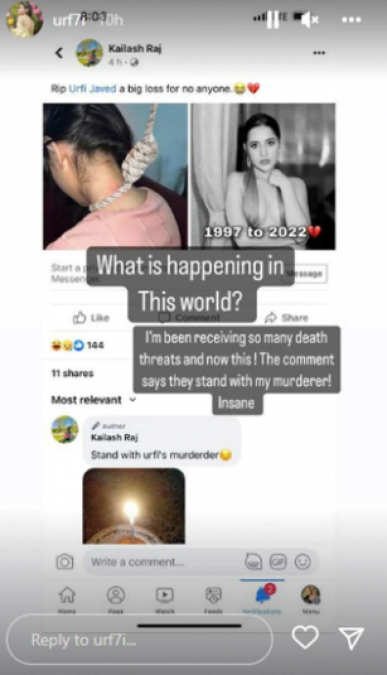 In the post that Urfi Javed has shared on her Instagram story, you can see that a person has shared a collage photo. On the one hand, a girl is seen committing suicide with a hanging noose around her neck and with this, a picture of Urfi Javed has been put up in the collage. The caption reads- RIP Urfi Javed. On Urfi's fake suicide post, the same person commented and wrote - I stand with the one who killed Urfi. Urfi Javed has expressed concern by sharing a screenshot of this nasty post of the man on her Instagram story. She wrote- What's going on in this world? Next, Urfi wrote- I am getting death threats and now this.