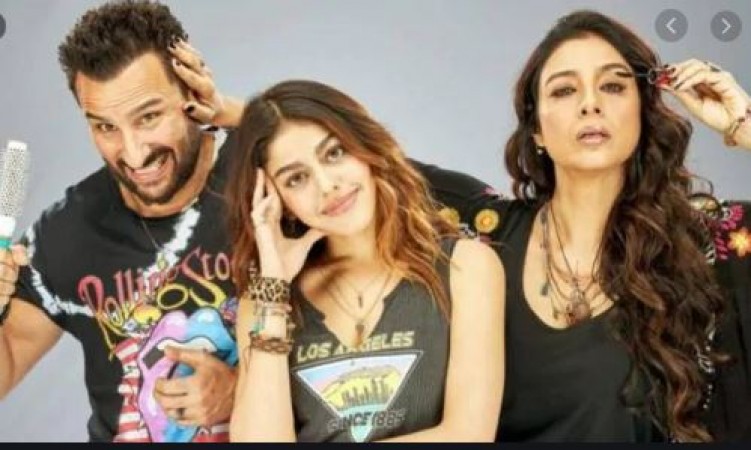 Saif Ali Khan's film Jawani Jaaneman, the famous actor of Hindi cinema, has reduced the pace in the country, but it is a matter of satisfaction that the film has done well in overseas. Jawani Jaaneman will not be a huge success, but will definitely give some support for Saif's hesitant account career. Though Saif's film 'Tanhaji - The Unsung Warrior' has made a record at the box office, but Ajay Devgn plays the lead role in that film. On February 11), the film has collected a collection of 64 lakh rupees, with which its 12-day collection has increased to 25.82 crores. At this speed, it seems that Jawani Jaaneman can no longer decide the long journey at the domestic box office.

Jawaani Jaaneman Box Office: Saif's film could not do anything amazing

Jawani Jaaneman released on 31 January collected 1.04 crores on second Friday, 1.58 crores on Saturday and 1.67 crores on Sunday. Currently, Jawani Jaaneman has made a decent income in 10 days in overseas. After the second weekend, which ended on 9 February, Jawani Jaanman has raised $ 1.23 million, or about Rs 8.76 crore. The film is now set for release in Saudi Arabia. Jawani Jaaneman is a comedy drama film in which Saif plays the role of a father of a groan daughter. At present, this father is quite colorful and is about to run away from his responsibilities and he has no idea that he has any daughter. The earthquake occurs in his life when the daughter reaches in search of him.

Alaia gets work with Karan Johar, will be seen in this film