In the name of Halala, Man entered in the room of daughter-in-law and then... Recently, a case of crime has come to light that will shock you. The case that has come to light is in Rampur district of Uttar Pradesh. According to reports, a woman was raped by her brother-in-law in the name of Halala. Yes, there are reports that the victim has accused her brother-in-law of raping her with the consent of the family. According to information received in the case, the woman is the wife of Akil Ahmed and the woman has also made serious allegations against her husband. The woman alleged that she was raped by citing Halala. The woman has since filed a case against her in-laws. Police have registered a case against 5 people, including the woman's brother-in-law.

On the bluff of giving job, Boss take a young girl with him and then...

Akil had promised to marry the victim by getting stuck in love but the woman got pregnant before that and Akil later refused to get married. The family was then pressured, and the two died on February 27, 2018. Akil's family were unhappy and Akil divorced three times on May 9, 2018 and tried to get his wife out of the house. The victim then refused to accept it and akil asked his wife to remarry. The family then asked the woman to marry Akil after Halala, but the victim refused.

On June 22, the woman went for Halala and raped by her daughter-in-law several times during the period, while her husband had left the house and waited for her husband to come. Finally, the woman complained to the police. 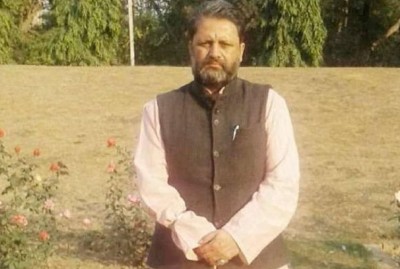