Jimmy Shergill to make a splash in TV industry Film actor Jimmy Shergill is famous for his strong acting. He has won millions of hearts with his work, although now he is entering TV. According to the information received recently, Jimmy Shergill has been selected for the upcoming TV show "Udaariyan". The producers of this show are Sargun Mehta and Ravi Dubey. According to the news of a famous website, the actor has not yet shared any such news and has not signed any contract. But he is going to be a part of this show. The actor has been roped in to play the lead role.

Actress Nirmal Rishi will be playing the actor's mother in the show. The show will be launched in Chandigarh next month. The TV show is based on parents and children. How parents leave their children. It will have the character of 3 sons. If we talk about Jimmy Shergill, till now he has worked in many films.

Jimmy recently acted in a Hindi thriller film "Collar Bomb". Which aired on Disney Plus Hotstar. Apart from this, many of his films have been successful, which you must have seen. These include 'P Se Pyaar F Se Faraar' in the year 2019, Judgmental Hai Kya, Family of Thakurganj, Jhuntha Kahin Ka, De De Pyaar, SP Chauhan, 'Happy Phir Bhag Jayegi, Saheb Biwi Aur Gangster 3, Veere Ki Wedding in the year 2018. Has worked in many films like Mukkabaaz, 'Ranchi Diaries' Shubh Mangal Saavdhan etc. in the year 2017. 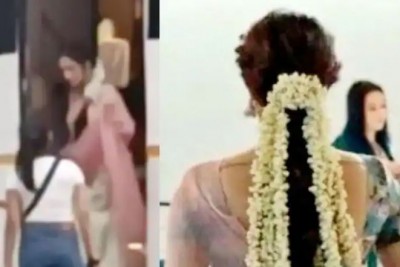