Jodhpur: Known as the city of the sun and the blue city, this city is celebrating its 564th foundation day today Jodhpur: Today on 12th May, Jodhpur is celebrating its 564th Foundation Day. The second largest city of Rajasthan, Jodhpur boasts of many historical wars and valor legends, which was founded by Rao Jodha on 12 May 1459. On the occasion of the foundation day of this city, popularly known as Surya Nagri, due to the strong and direct rays of the sun falling on the soil of Jodhpur, eminent personalities of Rajasthan are congratulating the residents of the country through their own micro-blogging platform, Ku App. Huh.

Meanwhile, Rajasthan Tourism, through its official Ku handle, while giving information about the foundation day of Jodhpur, said: Jodhpur, also known as the Sun City of Rajasthan, is celebrating its 564th Foundation Day today.

MP from Jodhpur Gajendra Singh Shekhawat gives a detailed description of the rainbow shade here and says to Jodhana's mother applying the soil on her forehead:

Pujya Rao Jodha ji established Jodhpur on this day with a unique and irresistible identity in the map of the country and the world. This is also the city of the sun, it is also the blue city, it is the rainbow shade in every corner. This is the city of my mind, the city of my actions, the city of my religion. Applying Jodhana's mother si soil on my forehead, I extend my heartfelt congratulations and best wishes to every brother and sister here on the foundation day.

The Speaker of the 17th Lok Sabha, Om Birla has greeted the residents in Rajasthani language using the multi-lingual feature of Ku Manch:

Many congratulations to all of you on the foundation day of Suryanagari Jodhpur.

Jodhpur, the city of forts, the main trading center of the 16th century, is the second largest city in Rajasthan. Splendid palaces, forts and temples scattered throughout the city, while on one hand bring alive the historical glory, on the other hand the exquisite handicrafts, folk dances, music and cheerful people add to the colorful atmosphere of the city.

Jodhpur also used to be the capital of the historical princely state. Jodhpur is famous all over the world for the magnificent palaces, fortifications and other tourist places in the middle of the Thar desert. Apart from this, Jodhpur has a special identity with the scattered stones installed in the palaces and old houses here. Jodhpur is also called the Blue City because of the thousands of blue houses built around the Mehrangarh Fort of Jodhpur. 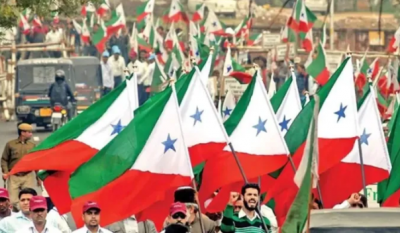