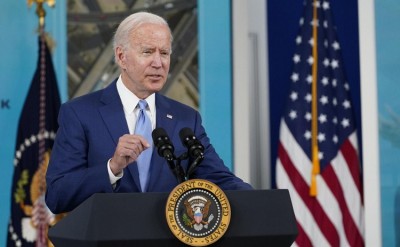 U.S. President Joe Biden plans to nominate Ravi Chaudhary, a former Federal Aviation Administration official who served in the Air Force for more than two decades, as the Air Force’s next assistant secretary for installations, environment and energy on Thursday, a White House official said.

He needs to be confirmed by the United States Senate before he can be sworn in for this key Pentagon position. He will also have a key role in managing the privatized housing used by airmen and guardians and reforms to how the military does business with those landlords.

Chaudhary previously served as a senior executive at the US Department of Transportation where he was Director of Advanced Programs and Innovation, Office of Commercial Space, at the Federal Aviation Administration (FAA), according to his bio released by the White House.

Prior to that, he worked as the FAA’s executive director of regions and center operations for 3 years, handling regulatory oversight and management of the aviation agency’s operations, safety, emergency readiness, facilities management and more. Chaudhary dealt with programs in that role -such as the “Next-Generation Air Transportation System” technologies and policies aimed at modernizing the U.S. air traffic enterprise - that echo the same infrastructure issues he will face in the Air Force.