Juhi Chawla is one of the most renowned faces in bollywood who has done work in various films. The actress is all set to feature on the OTT platform in a never seen avatar. In a recent interview, the actress opens up about her love for star kids and shower her love on them.

Juhi speaking about how the star kids are working really hard said that, “Suhana and all have also grown up in front of us. It’s amazing to see them. Not just Suhana, there are so many of them. When I first shot with David ji in Swarg (1990), they (David’s sons actor Varun and director Rohit Dhawan) were kids. Now they have all become movie stars, so it’s just wonderful to see how talented they are.”

Juhi also opens up on OTT platforms and said that, "I think I just feel very blessed to be in a time where I have seen and have enjoyed different phases, and very enjoyable in its time. I've done films in the very typical mould of the heroine and the dance and the comedy and romance and everything, then as time went by, taking on a little more serious roles, even in films and then seeing another platform come, the OTT, and somehow, as an actor, even your life gets elongated because you're not just stopping at films, you can be in theatre, on TV, and now, in web series." 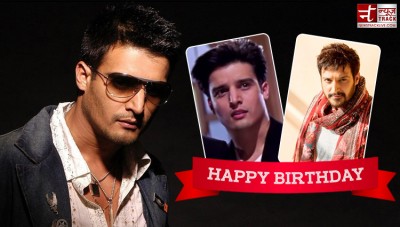