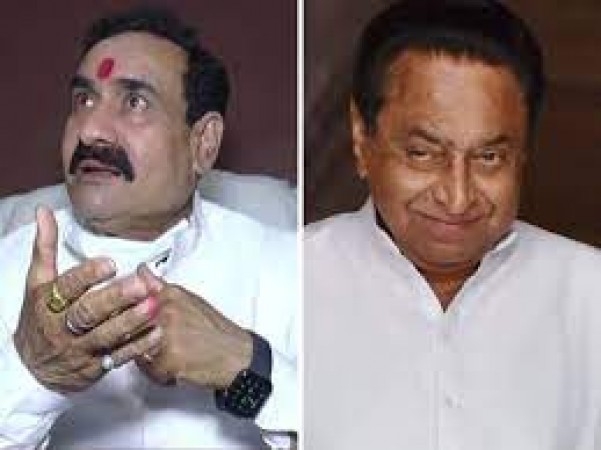 There is rule of law in Madhya Pradesh. Constitution is the government. No goons, crooks and rioters will be spared. What will the Congress people accuse us of? They themselves do the politics of appeasement. There is a stampede in his own party. Kapil Sibal is leaving his hand and riding a bicycle. Jakhar and Hardik Patel left before that. Home Minister Narottam Mishra took a jibe at the Congress from the stage itself and said – Congress is broken. Congress broke into a thousand pieces, some fell here, some fell there. Narottam Mishra attacked Congress on the pretext of advertisement of soap.  He said- soap advertisement comes, you will keep looking for stains, in a few days you will keep looking for Congress. When Congress gets a chance, it does not focus on development, but pays attention to food and drink and transfer-posting.

Starts cultivating sand. Home Minister Narottam Mishra said that Congress had said that they would waive the loan of 2 lakh farmers, but till date no farmer's loan has been waived. Rahul Gandhi had said to give unemployment allowance of 4 thousand every month to the unemployed, the Congress government of 15 months did not give 60 thousand to any unemployed. He said that if there is any party in India that lies in writing, then it is Congress. Congress does not follow the path of service. From Rahul Gandhi to Kamal Nath did not appear in any hospital in the Corona epidemic. Modi ji distributed free wheat in the Corona crisis. Kamal Nath was born with a golden spoon in his mouth, but he did not even distribute salt.