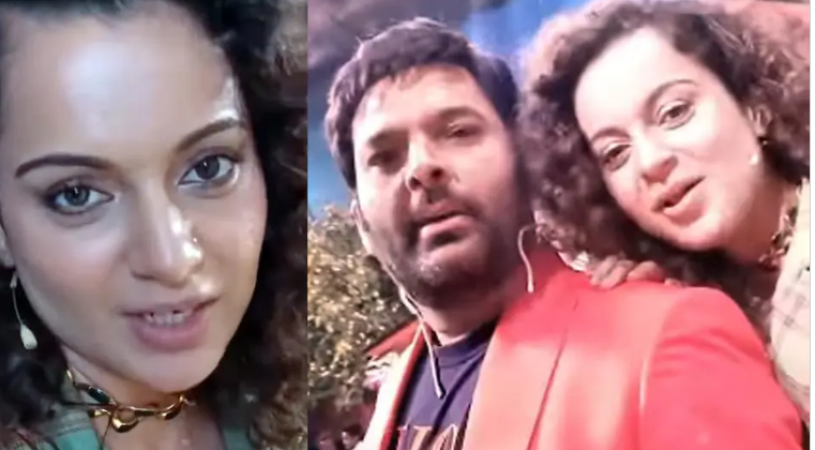 The famous comedy show 'The Kapil Sharma Show' of the television world has a burst of laughter every weekend. This time agents are coming to fire, to separate the soul from the body. In fact, Kangana Ranaut's film 'Dhaakad' is scheduled to launch on May 20. Two trailers of the film have been released. There is also a lot of buzz among the fans about his film. This time Kangana Ranaut has arrived on Kapil Sharma's show to promote her 'Dhaakad' film.

Dancing with the same Kapil, laughing with the star cast of the film, Kangana is looking great. Looking at the video, it seems clear that this time's weekend episode is going to be the best. The audience is going to be entertained a lot. A scene of Kangana Ranaut, Arjun Rampal and Kapil Sharma is also seen in the video, when the actress talks to Kapil that the story, Kapil Sharma's and soul ki. On this, as always, Kapil Sharma punches and says that separating the soul from the body is also my business.

Ameesha in a white bikini sets social media on fire...