Los Angeles: Kourtney Kardashian, an American reality television personality and socialite, is a proud mother, as evidenced by her fixation with her son Reign's hair.

According to People magazine, Kourtney has stored Reign's hair in a "hidden drawer." She admitted that she waited until her son was five before cutting his hair.

In a conversation about the same, Khloe Kardashian, 38, her younger sister, "prodded" her on what was in her "secret drawer" for the magazine Interview. In the chat, a reluctant Kourtney said to Khloe, "I will tell you one thing that's in my secret drawer,'" to which Khloe replied, "I'm so happy I pressed the subject." Then, as reported by People, Kourtney said: "I have Reign's hair since we didn't cut it until he was five.

I frequently smell his long braid because I have it. Kourtney's confession was met with a heartfelt response from Khloe: "Okay. What else could she have said, really, besides that? Additionally, Kourtney promised to show Khloe the hairpiece "when you come over later." Khloe, though, showed no interest. Oh no, that's okay with me. I'm thinking, "Oh my gosh." Rapunzel?" said Khloe.

Reign Aston, Mason Dash, and Penelope Scotland are shared by Kourtney and her ex-husband Scott Disick.
The "Kardashians" star hopes to have four children with her 47-year-old husband Travis Barker. 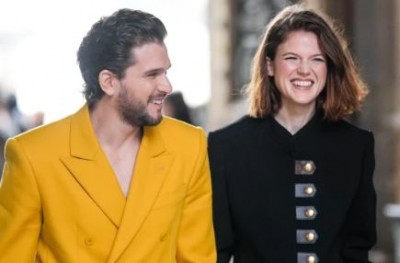