BENGALURU: Karnataka Chief Minister Basavaraj Bommai's ambitious 'Grama One' programme, which aims to bring government services to people's doorsteps, was launched on Wednesday in 3,026 Gram Panchayats. The Chief Minister stated that it would be implemented throughout the state by the end of March.

He said that the 'Grama One' programme was developed with the goal of bringing government services to the people's doorsteps without requiring them to spend time or money.

The programme aims to provide Adhar Cards, Ration Cards, and other services related to agriculture, horticulture, revenue, women's welfare, and child welfare departments. He added that it will help minimise the rush at Taluk offices and result in power decentralisation.

With the help of technology and modern equipment, the programme will provide "uninterrupted services" to the public. In 12 districts, the service has been launched in 3,026 Gram Panchayats. It will restore people's faith in the government's ability to function by providing effective services, according to Bommai.

Gram Swaraj to Gram Suraj is being completed with the help of modern technology. It is bringing Gandhi's Gram Swaraj and Vajpayee's Gram Suraj to life, according to Bommai.

The Chief Minister advised legislators and ministers to raise public awareness about 'Grama One.' During the program's testing stage, about 6 lakh requests were received and services were supplied. He believes that Tehsildars and Assistant Commissioners are crucial to the success of 'Grama One.' 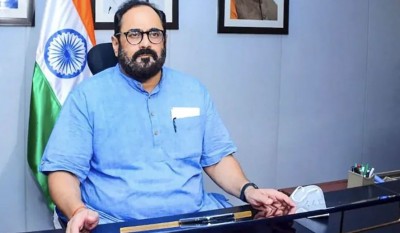