Irrfan is one of the finest actors in Bollywood, appraises the Karwaan director Karwaan, that stars the well acclaimed and talented actor Irrfan Khan along with Malayalam actor Dulquer Salmaan and Mithila Palkar is scheduled to release on 3rd August and have already created enough audience by its trailer itself that can make it a hit on box office.

Akarsh Khurana who is for the first time working with Irrfan has applauded his efforts and nature. He stated that he feels nervous before working with him as the actor is one of the finest in his category. He said: “Irrfan is one of the finest actors in Bollywood. I was in awe for the first few days. But then I realized that he is very accessible and normal. He seemed to be happy with the way things were going, and before long, the crew got along rather well with him and vice versa”

Irrfan’s perfection that he put in every of his role was also acclaimed by the director while expressing that he is missing the actor. He stated: “He's normal and chatty, and then when the cameras roll he transforms into this whole new persona, with a wide range of emotions. We had a ball of a time while shooting for the film and now that he is away for his treatment we all are missing him,”

The upcoming project of the tremendous actor is passing through its promotional period where he is necessarily needed. But the phenomenal blessing to Indian cinema is now in London for his treatment of a neuroendocrine tumor and recovering slowly and steadily. The disease that was revealed officially in March to his fans is suffering him a lot in every manner, be it health or his career. His last project Blackmail which was a dark comedy was also not as per his regular experience and this project is second after the news of his disease. Throughout his career, he remains an actor with the wonderful and tremendous contribution to the Bollywood. 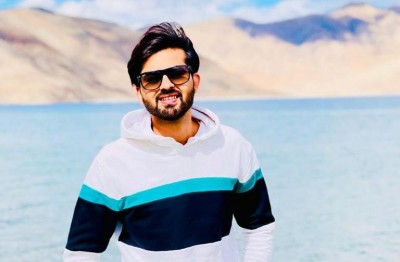