Kashif and Vipul arrested for attempting murder of Yati Narsimhanand Lucknow: This is the second time in 20 days that an attempt has been made to assassinate Mahant Yati Narasimhanandsaraswati of Shiv Shakti Peeth at Dasna in Ghaziabad. Two suspected youths entered the temple premises on Wednesday (June 2, 2021). The attendants searched the duo when they suspected them. Three surgical blades and some objectionable drugs were recovered from them. Mahanta's followers said it was a deadly drug 'cyanide'. Let us tell you that if a person is given Cyanide, the drug prevents the body from using oxygen, which also stops the heart and mind from working. It can also lead to the death of the person.

Both the suspects have been nabbed and handed over to the police. The duo had described themselves as Hindus while entering the temple, but the police have identified one of them as Kashif. The interrogation of the duo is underway. Mahant Yati Narasimhanand saraswati has informed about the incident and said that a guard is posted by the police in the temple. The two youths entered the temple premises around 9 pm. Mahant Narasimhananda further said that the duo registered their names as Dr Vipul Vijay Vargiya Nagpur and Kashi Gupta in the entry register outside the main gate of the temple. However, Mahant Yati Narasimhananda was not present at the Saraswati temple at that time. He had gone to attend the live debate of a channel.

His follower Anil Yadav has lodged a police complaint in this regard. Police have taken the duo into custody. The man who gave his name as Vipul Vijayvargiya said that he is a doctor and uses the blade to treat patients. Kashif told the interrogation that he had befriended Vipul through Facebook and then started talking over the phone. He could not explain the purpose of this friendship. He said Vipul had come to Ghaziabad for a few days and had to visit the temple in Dasna, so he brought them here. Kashif is a resident of Sanjaynagar in Ghaziabad. Mahant Yati Narasimhanandsaraswati has alleged that the two accused belong to a jihadist organisation and were sent for their murder.

Earlier, on May 17, Jan Mohammad Dar alias Jahangir was arrested by Delhi Police from a hotel in Paharganj. Saffron cloth and Puja materials were found from him. The terrorist from Jammu and Kashmir had brought the betel nut for the murder of Mahant Yati Narasimhanandsaraswati. In addition to one pistol and 2 magazines, 15 cartridges were also recovered from him. He was trained and sent by Pakistan's terror group Jaish-e-Mohammed.

Latest updates: Here's what changed in petrol and diesel prices 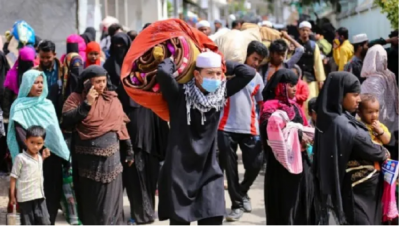 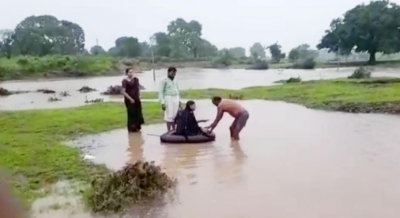