India: The two bikes that Kawasaki unveiled at the 2022 EICMA yesterday were electric. Next year, the company intends to launch both the Z and Ninja electric bikes in the international markets.

Z BEV and Ninja BEV are the official names of these electric cycles. These bikes seem to have taken inspiration from the Z400 and Ninja 400 respectively.

Both the bikes will comply with the A1 norms and are being sold as entry-level electric performance bikes.

These electric Kawasakis have a 3.0 kWh battery back and an 11kW motor for power. There are currently no details available on the overall riding range or charging time.

However, we expect the performance of these bikes to be respectable.

Kawasaki intends to start selling the Z BEV in Europe sometime in 2019. The Ninja BEV is currently a prototype, but there is a good chance it will be sold alongside the Z BEV.

However, these bikes will not be introduced in India any time soon. 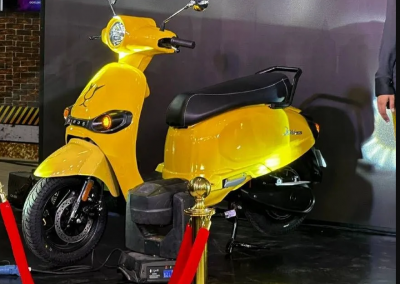