KBC 10: This contestant dont trusts her husband; told deep thing to Big B On October 16, Priyanka Singh, who has won the most popular quiz show 'Kaun Banega Crorepati', from Uttar Pradesh's famous district Ghaziabad, won Rs 25 lakh. She is a lawyer by profession and wants to become a judge. On the question of 25 lakh he used two lifeline His answer was correct on the question of Rs 50 lakh but without raising any risk, she quizzed the game. But during the game, she told Amitabh Bachchan that she wants to keep an eye on his husband after getting disappeared .

At the same time, as soon as Priyanka heard, all the audience present in the show and the show's host Amitabh Bachchan laughed at this. During this time, Priyanka also disclosed many stories of her life and also revealed on the show. At the same time, Priyanka's husband told the story of meeting Priyanka in front of everyone. Priyanka's husband told that when his wife used to meet him, she used to bring sandwiches to him. 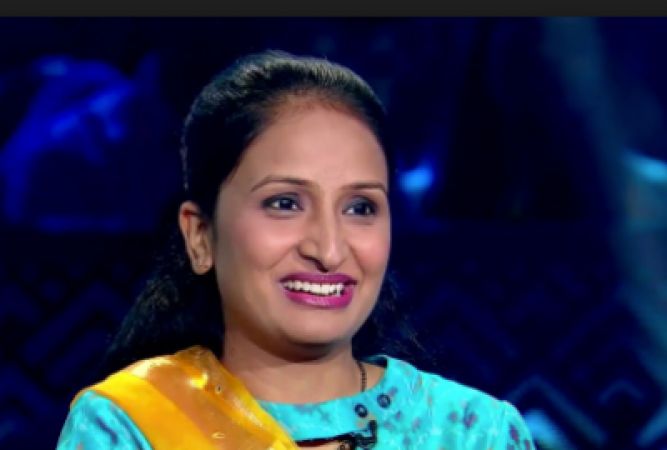 But after 6 months of marriage, Priyanka left the kitchen. Priyanka's husband told that his wife does not like to cook now. At the same time, Amitabh also asked Priyanka's husband a question and asked if he would make a meal then he said otherwise, that he does not know even how to cook. Priyanka is currently a lawyer and is preparing to become a judge. Priyanka's father has been an IPS officer. But most of the show laughs at this when Priyanka said that she wants to keep an eye on her husband by being invisible. Priyanka said that her husband does not let her go to the maiden.

First Indian Drama series 'Porus' to be broadcasted in japan