One thing that never goes out of style is the aroma of freshly cooked homely food. This fact has been brought closer to home with the recent lockdowns that we all have been facing. YouTube cooking videos were a blessing for those craving some tasty food while staying away from home.

Mrs. Keemti is one such home chef who has made her mark in the hearts of people and on the food plates, as the old saying, "The way to heart goes through the stomach". Her beautiful plated dishes are a visual treat that everyone looks forward to. An accountant by profession and a home chef by passion, Keemti’s Kitchen or popularly known KK has become extremely famous in a very short span of time. Keemti's homely style of teaching and sharing her love for cooking along with her brilliant personality has attracted many novice cooks towards her Youtube channel. For those who want to learn simple but delicious cooking Keemti is becoming a legend to be with.

Keemti started her own Youtube channel in October 2020. With the motto "Jahan lagta hai pyar ka tadka vhi aata hai swad me mazza". In nearly an year her videos have more than 6 million+ views and 38k+ subscribers. Her popularity among her followers prompted requests for online classes for cooking delicious Indian dishes. She conducted numerous online classes last year with specially curated recipes for students, especially Indian students living alone and not being able to travel, during the pandemic.

Mrs. Keemti also has beautiful connections with Bollywood & Hollywood people, Kapil Sharma and other well-known celebrity figures have always had good terms with her. Furthemore, Master-chefs like Mr. Sanjeev Kapoor, Master-chef of Australia and others are in touch with her. Well-known cricketers are her friends too.

Today the number of her followers is increasing day by day and her unique way of narrating the recipe details has become her USP statement. Her passion for cooking has only increased in recent years. She still draws her inspiration from her mom and plans to include more recipes in her stock in the coming few months. Keemti says she still has a lot to learn and is soon going to include nutrition-based specific recipes in her online classes. Her loving husband acts as a master taster, critic and her biggest fan. Her family and friends in Australia and India are often the first ones to give their honest reviews to her, which helped her to achieve excellence in cooking.

Moving forward she aims to promote the simple art of vegetarian cooking in Australian cuisine(at her stay place). Keemti aspires to achieve her aim by making her recipes very simple and easy to follow so that everybody can learn and cook.

Born in India, Keemti grew up watching her mum and Aunties cooking exclusive dishes that had her and her cousins licking their fingers in appreciation. Being from a Marwadi family where food was always given special attention, the importance of spices was taught to her from the time she was old enough to reach the kitchen stove. Even today, she says, the aroma of fresh dal-baati takes her back to her roots in India.

Eat these things on an empty stomach, will remain energetic throughout the day Herbs and Spices to include in your Cooking 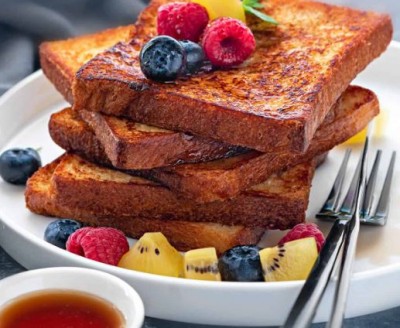 The food is spicy vegetable so make paneer kolhapuri