New Delhi [India], November 2 : 'Khichdi' made headlines with reports suggesting it would be soon affirmed as the 'National Food', the Union Minister of Food Processing, Harsimrat Kaur Badal, made clear it was only selected for the World Food India 2017 event in a bid to promote it.

But before the clarification, what ensued on Twitter was nothing short of an unmodified depiction of how Khichdi unifies the Indians across the country.

One user said, "Khichdi to be National Dish. Why? Is the nation ill??" another joked, "In a world of #Biryani be someone's #khichdi 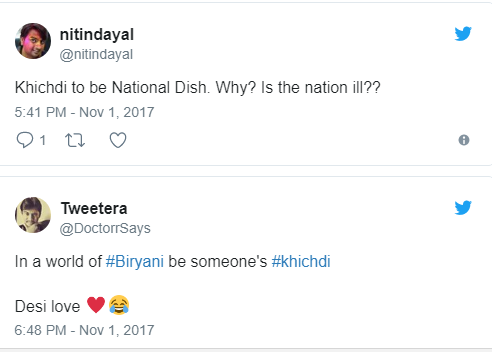 One of the users had a  question to ask: "Do I have to stand up when I eat khichdi now that it is a national dish?"

Some had suggestions: "If Khichdi is being accorded the status of National Food, then Ghee, Dahi, Papad and Achaar should immediately be declared National Friends." 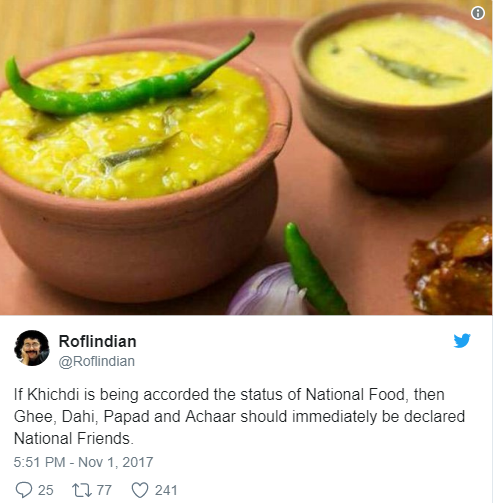 For the uninitiated, Badal's clarification came hours after 'Khichdi' began to trend on the social media.

"Enough Khichdi cooked up on a fictitious 'National Dish'. It has only been put for a record entry in #WorldFoodIndia," Badal tweeted on Wednesday.

"#WorldFoodIndia will proudly showcase India's culinary diversity...looks like today has been a slow news day! :)" 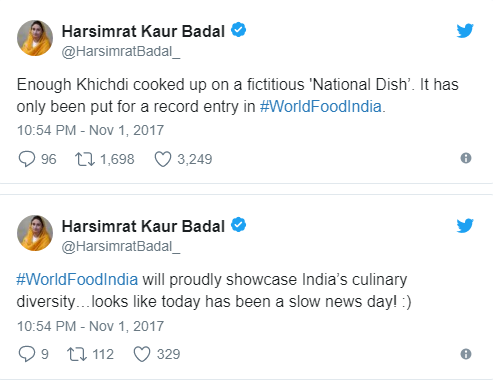 Chef Sanjeev Kapoor will be the brand ambassador to create a World Record by cooking 800 kg of Khichdi on November 4 at the India Gate Lawns, for 'World Food India' 2017, organized by the Ministry of Food Processing Industries.