Motorcycles include new and light-alloy wheels with carbon fibre bodywork at some places that help in losing about 1.4 kilograms. In appearance, Ducati Panigale V4 SP gets the same design as the standard model but it distinguishes itself from the special 'winter test' look. The new look is inspired by pre-season MotoGP and World SBK motorcycles and supports a black paint scheme with red variants and a brush-aluminium finish on fuel tanks.

What's special about the new Ducati motorcycle: The second upgrade includes the Marchesini brushed magnesium wheel above the brushed aluminium wheels on the V4 S and Pirelli Diablo supercross SP are wrapped in tyres. The model is getting along with carbon Fiber Wings, Heel Guards and front fenders. With all upgrades, the dry weight is now 173 kg, which is 1 kg less than V4 S.

In the meantime, power is available with the same 1103 CC, the Desmosedici Stradale engine that generates 211 bhp power at 13,000 rpm and 124NM peak torque at 9,500 RPM. The motor is connected with a 6-speed gearbox. Suspension duty is controlled by a half-active Ohlins unit while braking performance is also being given in top-Brembo units. 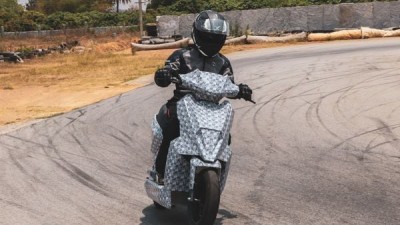