Katrina Kaif and Vicky Kaushal's wedding is being talked about in the Bollywood film industry these days. Several reports claim that they will get married on December 9. It is said that strict rules have been framed for guests attending the wedding and an actor refused to attend the wedding.

According to media reports, Vicky Kaushal and Katrina Kaif are getting married on December 9. Almost all preparations have been made. The hotel's most special and expensive rooms have been booked for this Royal Wedding. Vicky Kaushal and Katrina Kaif are said to be stopping in rani padmavati suite in Raja Man Singh suite. Katrina and Vicky Kaushal will get married at Six Sense Fort Barwara in Rajasthan. It is also being reported that a grand reception party will also be held in Mumbai. However, meanwhile an actor has written something on his Instagram post which is going viral. 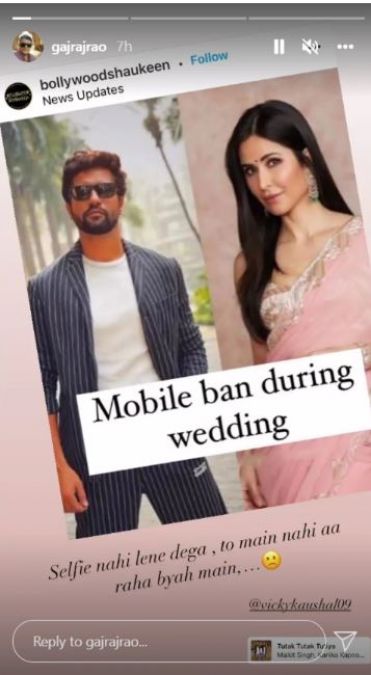