Noted actor and critic Kamal R Khan has always been in the news for his statement. Kamal is especially known for his speechless style among fans. Kamal keeps attacking some stars day in and day out. Kamal R Khan has recently said something about actress Kangana Ranaut which is going to surprise everyone.

KRK is very active on social media and takes a stand on every issue. KRK mostly makes controversial statements and then makes headlines. Kamal, who has screwed up with all the stars, has now hit out at Bollywood queen Kangana Ranaut. KRK recently made a very shocking claim about Kangana Ranaut which is linked to the actress' personal life. 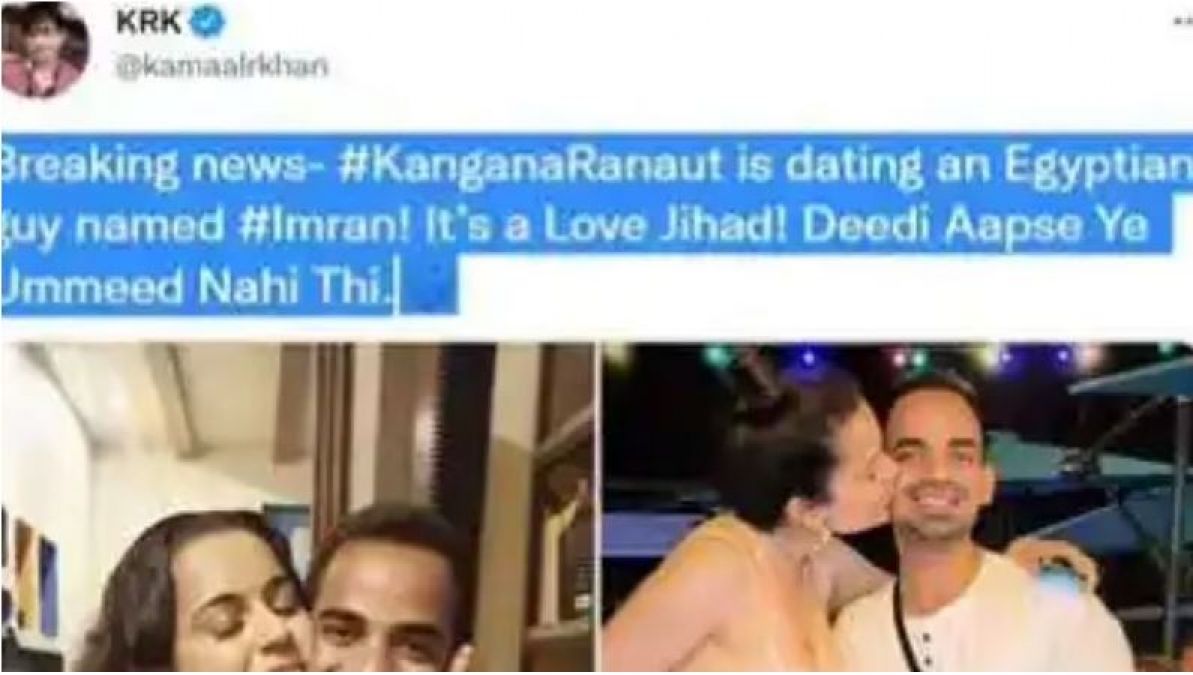 The same was recently tweeted by KRK about Kangana Ranaut. However, even before the tweet came into the limelight, he has ended it. KRK in his deleted tweet had claimed who Kangana is dating. Not only that, but he also spoke to Kangana about love jihad and also spoke about the controversy. In fact, KRK had also tweeted two pictures of Kangana in which she is seen with a man. Kamal shared the picture and claimed that the boy with the actress in the picture is Imran, and the actress is dating him these days. Kamal had written that breaking news Kangana Ranaut is dating an Egyptian boy named Imran. 'This is love jihad, Didi. We didn't expect that.'

Sonu Sood makes Misal Pav, says, 'If food doesn't come, you have to make it'