Lakhimpur violence: No farmer died due to firing; Postpartum report 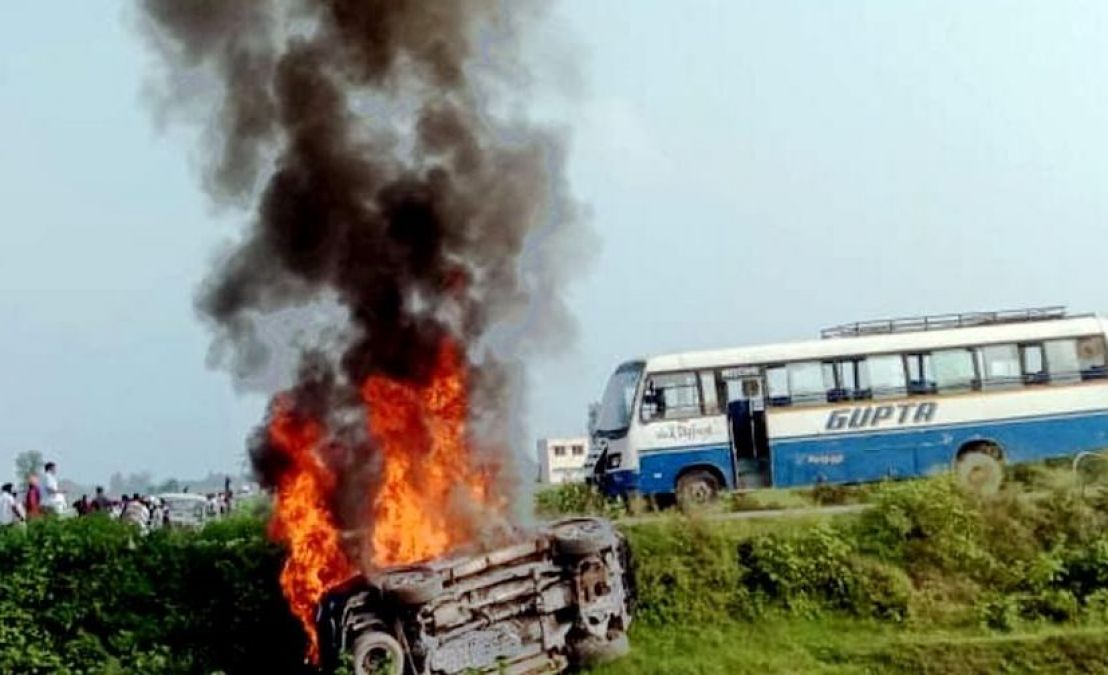 Lucknow: The second post mortem report of a farmer killed in the violence in Lakhimpur Kheri in Uttar Pradesh has also come to light. Bahraich DM Dinesh Chandra said on Wednesday (October 6, 2021) that the second postmortem report of the farmer who died in Lakhimpur Kheri violence did not reveal any bullet marks. Earlier, the family members of the deceased had claimed that the 'farmer' had died due to bullet injuries.

At the same time, the family had refused to accept the first post mortem report stating that the cause of death was injury, shock and brain hemorrhage. The family had refused to cremate the body and demanded a re-postmortem. The government had ordered a second postmortem of the body following the family's request. A separate team was also sent from Lucknow for the same. District Collector Chandra said, "The family of a person who died in Lakhimpur violence had expressed doubts about the post mortem and requested for postmortem again. The State Government complied and a postmortem was conducted again to ensure that it is fair and transparent.'

The DM further said, "An expert panel of doctors had come from Lucknow to monitor the postmortem, which was sent in compliance with the orders of the CM office. The family of the deceased is said to be satisfied with the post mortem report. A family member has said, 'I have no complaints anymore. The team had come from Lucknow for postmortem. We will accept it. The cremation will take place after some rituals.'

Mosques and Tombs to be removed from Chandrashekhar Azad Park, Allahabad HC ordered

A conspiracy was hatched to recover crores from Mukesh Ambani, Know everything here