Lata Mangeshkar's body to reach home in short while, PM Modi to arrive at last rites Swara Kokila Lata Mangeshkar has passed away today and her last rites are going to take place this evening. Let us tell you that Prime Minister Narendra Modi is going to come to Mumbai from 4 to 4:30 to pay last respects to Swara Kokila Lata Mangeshkar at Shivaji Park. Today, many big personalities have expressed grief over the death of Lata Mangeshkar. The name of Norway's Ambassador to India Hans Jacob Frydenlund is also included in this list. He tweeted and wrote, ''Our deepest condolences to the people of India on the sad demise of legendary singer, Bharat Ratna Lata Mangeshkar Ji. We are with you in this time of loss and sorrow. Her voice will live on.''

With this, the Indo-Tibetan Border Police (ITBP) has shared a video on its official Twitter account. Through this video, a jawan has paid tribute to Swara Kokila Lata Mangeshkar. You can see that while posting the video it has been written in the caption. 'Ae Mere Watan Ke Logo... A heartfelt tribute to Constable Muzammal Haque, ITBP to Swara Kokila Bharat Ratna Lata Mangeshkar.' Along with this, Vice President M Venkaiah Naidu has also tweeted. He has written, 'Be it a song of patriotism like 'Ae Mere Watan Ke Logo' in honour of the brave soldiers of the country or 'Vaishnav Jan,' the favourite hymn of the Father of the Nation Mahatma Gandhi. Her voice kept the country united.

With this, BJP MP and actress Hema Malini said- 'Her (Lata Mangeshkar) demise is very sad. She was a great artist. Saraswati Ji had a complete boon on her. She has sung many good songs in her life. I am fortunate that I got a chance to work on her songs. No one can sing like her, she was very special.'

Not corona infection but this was the real reason for Lata Mangeshkar's death, doctors revealed 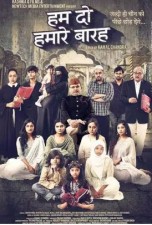