Doha: Amid the ongoing World Cup of football in Qatar, a piece of bad news is coming out for sports lovers from Brazil. Actually, according to the report, the condition of former legendary footballer Pele is very critical. He is admitted to Albert Einstein Hospital. He was admitted to this hospital for a general check-up. However, then his organs stopped working, after which he was shifted to palliative care.

Having been part of the three-time World Cup-winning Brazil team (1958, 1962, 1970), Pele went to the hospital for a normal check-up. In 2021, he was admitted due to inflammation and heart-related problems all over his body near the detection of cancer. At that time, his family said there was nothing to worry about. Daughter Kelly also said that there is no emergency. This is just a regular checkup. In September 2021, 82-year-old former footballer Pele was diagnosed with cancer. After this, he was constantly getting his check-up done. In the meantime, there was also a problem with his intestines, lungs, and liver. But, it was being told that he was stable. But today local reports said Pele's body stopped responding during chemotherapy, due to which all his treatments had to be stopped. Now continuous efforts are being made to relieve them from pain. On Friday, it was reported that he had a respiratory infection.

During the ongoing FIFA World Cup in Qatar, Pele was constantly active on social media. He was constantly posting match-related messages and photographs on his Insta. His last post is from yesterday. Where he told that he is in the hospital for a monthly check-up. He thanked Qatar for wishing him a speedy recovery from the lights on a building. 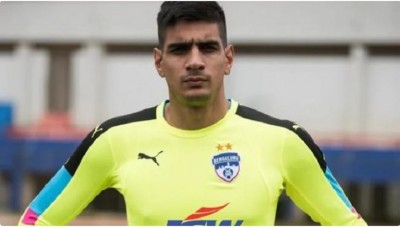