MUMBAI: Every language in the world has its own distinct flavour and frequently amusing or common words or expressions that lose their meaning when translated into another language. On International Translation Day, &TV artists discuss commonly used Hindi words that cannot be translated and how their meaning is completely altered when they are translated into another language. Neha Joshi (Yashoda, Doosri Maa), Yogesh Tripathi (Daroga Happu Singh, Happu Ki Ultan Paltan), and Shubhangi Atre are some of these musicians (Angoori Bhabi, Bhabiji Ghar Par Hai). The beauty of any language lies in its words, and some are just too perfect to translate because they lose their flavour, pun, and meaning, as Neha Joshi explains as Yashoda in &TV's Doosri Maa. The word "Chalega," for instance, literally means "will move," "will walk," or "this works." However, it's most frequently employed as a statement or question regarding whether something will work. It is particularly prevalent in slang from Mumbai. For instance, if your friend and you are looking for dresses and she picks one up and says, "Chalega?" If you approve, you would say "chalega." If you like it, you could even say "chalega, chalega" to emphasise the point (laughs).

As Yogesh Tripathi's character Daroga Happu Singh says in &TV's Happu Ki Ultan Paltan, "Trust me, Words travel worlds. Translators operate vehicles. Without translation, we would be residing in nearly silent provinces. Since I have an academic background, literature is very important to my family and to me. I had a funny experience misinterpreting a word like "Accha" when I first moved to Mumbai. This versatile word denotes "good." However, depending on the intonation used or how it is used in a sentence, it can have a variety of meanings. Other possible meanings include "okay," "really?" "I understand," "oh!" and "I have a question." "Languages are very beautiful and tricky," says Shubhangi Atre in Bhabiji Ghar Par Hai on &TV. When I was studying classical dance, I encountered a Hindi word called Rasa, which is challenging to translate into English because of its highly visual meaning. Rasa is a form of communication with coordinated movements of the eyes, feet, and vocal cords to express emotions and tell a story that reaches the audience, whether we're talking about performance arts, dance forms, theatre, or film. Although it is literally translated as juice, taste, or essence, it can also be used to refer to the appearance or tone of a piece of art. To understand and translate content, a great deal of concentration and hold on languages are needed. 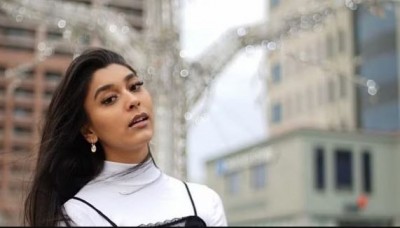 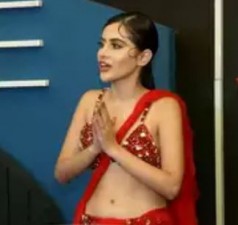