BERLIN: Leroy Sane, Jamal Musiala, Sadio Mane, and Thomas Muller scored for Bayern Munich as they defeated struggling Bayer Leverkusen 4-0 on Friday in the opening match of the eighth round of the Bundesliga.

With just three minutes gone, the German powerhouses got off to a fairytale start at home. Sane beat goalkeeper Lukas Hradecky with a deflected strike from inside the box after Musiala's defense-splitting cross reached him.

Leverkusen was unable to get a footing in the game, but persistent Bayern made it two with 17 minutes remaining when Musiala scored from a tight angle, according to Xinhua. At the halfway point, the "Werkself" began to come to life as Moussa Diaby caused Bayern goalkeeper Manuel Neuer to make a save before Robert Andrich missed the mark with a header from a good position.

When Mane had all the time and space to shoot from the edge of the box into the bottom right corner just before halftime, Bayern showed no mercy in front of goal and increased its lead. After the restart, the German record champions continued to play aggressively, but Hradecky was alert to stop Mane and Matthijs de Ligt in short succession.

Mane believed he had scored twice, but the referee disallowed his goal in the 56th minute owing of a prior foul by teammate De Ligt. Amine Adli, a replacement, failed to beat Neuer in a one-on-one situation in the 64th minute, giving Leverkusen their best and final opportunity.

As the game came to a close, things got even worse when Hradecky lost the ball inside the area, allowing Muller to secure a 4-0 victory in the 84th minute.

"This victory means a lot to us. We put on a successful performance. The first goal gave us an advantage, and we played excellent defence. We maintained a clean slate because we wanted to, "Julian Nagelsmann, the head coach of Bayern Munich, said. 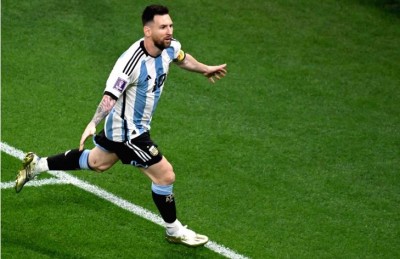