Pratik Gandhi, who rose to fame after playing Harshad Mehta in the TV series 'Scam 1992,' has claimed that he received two phone calls while filming his next film 'Bhavai,' which changed his life forever.

"This film is really significant to me because it happened before 'Scam 1992,' and while filming for this picture, I received a phone from Hansal Mehta saying 'whenever you are back in Bombay, let's meet up,' and that is how 'Scam' came about," Pratik stated during a press conference.

He claimed that while filming this film, he received two phone calls that dramatically changed his life. "I clearly recall two calls that occurred during the making of this film that altered my life forever," Pratik continued. One was a phone from Hansal Mehta while we were shooting in Bhuj, and another was a call from my home regarding my father's bad health, and I lost him six months later.

"These two calls are linked to this film, and I will remember them for the rest of my life." The musical drama 'Bhavai,' which also stars Aindrita Ray, Rajendra Gupta, Rajesh Sharma, and Abhimanyu Singh, is slated to hit theaters on October 1. Presented by Jayantilal Gada (Pen Studios), produced by Dhaval Jayantilal Gada, Aksshay Jayantilal Gada, Parth Gajjar, and Hardik Gajjar films in association with Backbencher Pictures. 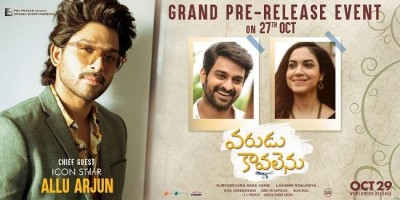