ISLAMABAD: It will soon be time for the Pakistani government to make one of the most difficult decisions of its term: choosing the person who will lead the nation's army moving forward,  the media reported.

According to a senior Pakistan Muslim League-Nawaz (PML-N) leader, Shehbaz Sharif could start talking about the appointment by the end of August and possibly make a choice by mid-September, as per reports.

Lt-Gen Sahir Shamshad Mirza, one of the four candidates from the same batch, is the most senior member of the present cohort.

According to a military insider who reviewed his resume, he is the undisputed front-runner for any of the two positions of COAS and CJCSC, report reads.

He is a native of the Sindh Regiment, which is also where Gen. Nadeem Raza, the departing CJCSC, comes from. Lt. Gen. Mirza has a distinguished Army career, especially over the last seven years in high command roles.

During the final two years of Gen. Raheel Sharif's administration, he rose to prominence as the director-general of military operations (DGMO). He served in that capacity as a member of the General Headquarters' (GHQ) core team under Gen Raheel Sharif, which oversaw the military campaign against the Tehreek-i-Taliban Pakistan (TTP) and other terrorists in North Waziristan.

It is customary for the GHQ to submit the Ministry of Defense a list of the four to five senior-most lieutenant-generals, together with copies of their personnel files, so that the prime minister can select the one he believes is best suitable for the position.

Five of the 10 Army commanders the nation has had since 1972 were appointed during successive terms as prime minister by the incumbent's older brother, Nawaz Sharif. The elder Sharif received a lot of flak for selecting officers who he considered to be "apna banda" (his man). Ironically, he didn't have a great experience at any of the appointments. 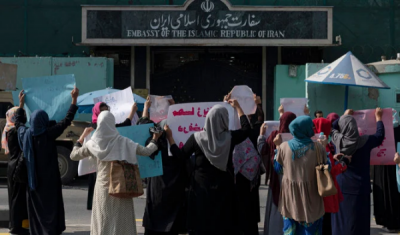