New Delhi: Rajasthan Royals (RR) won a stunning 5-wicket win over Chennai Super Kings (CSK) on Friday night. With this, Rajasthan has become the third team after Gujarat Titans (GT) and Lucknow Super Giants (LSG) to make it to the playoffs. Now only one team has to qualify, for which the bid of Delhi Capitals (DC) and Royal Challengers Bangalore (RCB) is considered overwhelming. This victory of RR has caused a lot of damage to KL Rahul's Lucknow Super Giants. LSG has now slipped from second to third in the points table.

With this victory of Rajasthan, LSG has suffered that now KL Rahul's team will get only one chance to reach the final. Rajasthan has moved up to the second spot with CHK's win. Teams that are in the top 2 in the league stage get two chances to qualify for the playoffs. The first qualifier between Gujarat and Rajasthan will be played on May 24. The losing team in this match will get a chance to play another match as an eliminator. The match will be played on May 25. Both the matches will be held in Kolkata. Lucknow will play a direct elimination match due to being in third place.

RCB has reached the fourth spot on the points table with 16 points by winning their last match. Delhi is in the 5th position with 14 points. Delhi will play their final match against Mumbai Indians on Saturday. If Delhi wins here, it will qualify for the playoffs, if the team has to wish for defeat, Bangalore will reach the playoffs. In such a situation, this match of Delhi vs Mumbai is going to be very exciting. 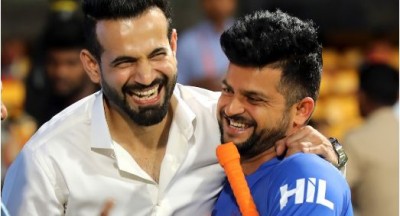