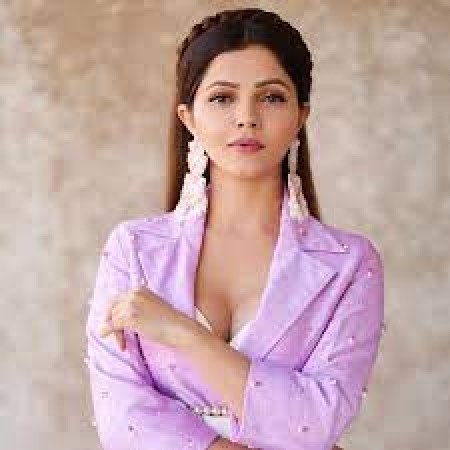 After a 5-year break, Jhalak Dikhhla Jaa 10 got underway with a bang. The show has gotten a fantastic response from viewers in a short amount of time. Every weekend, the contestants and judges have celebrated various themes, including the Retro Special, the Bollywood Special, the Family Special, and others. The contestants will celebrate Navratri, an auspicious occasion, this weekend. The popular actress Rashmika Mandanna will make a special appearance on Jhalak Dikhhla Jaa 10 this weekend in order to promote her upcoming movie "Goodbye," which she will be promoting on the show. Rubina Dilaik gives viewers a sneak peek at her Himachali dance in the most recent episode promo.

Rubina Dilaik expressed respect for the kinnar samaj in the social media promotional video, and she was also protected from bad luck by one of them. As she represented her state, the actress wore a Himachali traditional dancer outfit. The Bigg Boss 14 champion also invited the judges to the stage so they could perform some Himachali dance moves with her. Rubina Dilaik was ecstatic to have the opportunity to represent her country and hometown on the show. Additionally, she gave each judge a traditional Himachal hat.

On a personal note, Rubina is wed to actor Abhinav Shukla. Through a mutual friend, the two were introduced, and they hit it off right away, but they were slow to commit. First to act, Abhinav also confessed his love for Rubina Dilaik, who was the one who had taken the initiative. On June 21, 2018, the couple exchanged vows in marriage.

Rubina appeared in Bigg Boss 14 and won the season of the reality competition show. A movie called Ardh, which had its premiere on Zee5 on June 10th, also starred her alongside Rajpal Yadav. In Jhalak Dikhhla Jaa season 10, Rubina is currently acting.