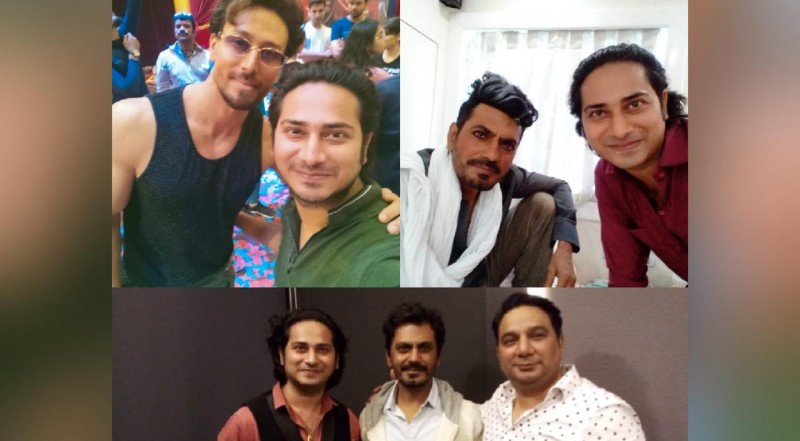 It would be wrong to say that we are not fascinated by magic shows and tricks that magicians do. The techniques behind those illusions have left many people curious to know how magicians lure the audience with their magical acts. Keeping the art of magic lively among the audience, Ankit Verma is the name who is consistently entertaining the audience with his unique magic shows. As he keeps everyone spellbound with his stellar performances, Ankit Verma has subsequently made his foray into showbiz.

Before you start wondering, we tell you that the magician is not making his acting debut in Bollywood. Instead, he is training many B-Town celebs to perform magic shows in films. The latest film where Ankit Verma has weaved his magic is for Tiger Shroff’s ‘Heropanti 2’. The film has finally hit the theatres and is being loved by the masses for the suspense and thrilling storyline. Besides teaching the actor some magic tricks, Ankit Verma had coached Nawazuddin Siddiqui who plays the role of magician Laila in the action-packed flick.

Ankit is a creative artist, and he perfectly knows how to trick the audience with his magical performances. Born in Kolkata, he is now based in Mumbai. Brought up in a family of magicians, he learnt to perform different tricks from an early age. Interestingly, Ankit Verma is performing magic shows since 2004, and since then, he has evolved into a successful illusionist. In the past, the magician worked for Emraan Hashmi's film ‘Harami’. where he taught the students different tricks of pickpocketing. The film was widely appreciated in the Busan Film Festival.

Considering the opportunity to train Tiger Shroff a dream come true, the magic coach could not stop gushing about him. He taught Tiger a magic trick for the song ‘Whistle Baja 2.0’. Besides this, the magician taught the popular Jedi Mind trick to the actor. “It was truly an enriching moment to work with Tiger sir. I am privileged that I got to work with him and Nawazuddin sir. The best thing about them is that they are humble and hardworking actors. I am glad that the makers considered me worthy to be a magic coach for the two actors”, revealed Ankit.

More so, Ankit is also interested in acting. However, he is currently establishing his name as one of the most profound magicians in the entertainment industry. Not only this, he is also a mentalist and does mind reading shows at different events. So far, Ankit Verma has performed at more than 5000 shows across India and other countries. Other than performing at events, he frequently conducts workshops for aspiring magicians. In the coming years, the magician is looking forward to working with other celebrities from the tinsel town. It is believed that Ankit Verma has already got a line-up of Bollywood projects to teach magic tricks to other actors. We hope that the magic coach continues to amuse his viewers with some never seen magic tricks.

Hevi Levi : This next-gen music professional is an astute DJ, electronic dance music producer, and whatnot!