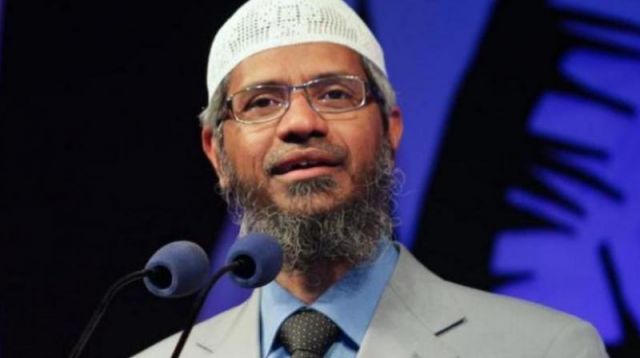 If his links with IRF are confirmed, this could be the first arrest of a member of televangelist Naik's organisation, under the scanner since two of the Bangladesh cafe attackers said they were inspired by his preachings. An IRF spokesperson refused to comment.

Qureshi was held after the police raided a flat in Seawoods. He was produced before a magistrate's court in CBD-Belapur on Thursday and remanded in transit custody for four days. He will be questioned by the Maharashtra ATS and later taken to Kerala.

Ebin Jacob (25), the brother of Merin alias Mariam who is missing along with her husband Bestin Vincent alias Yahia from Kerala, had told police that there was an attempt to forcibly convert him to Islam and make him join IS. Ebin had told Kochi police that Bestin and Qureshi were behind the attempted conversion.

Disclaimer : The views, opinions, positions or strategies expressed by the authors and those providing comments are theirs alone, and do not necessarily reflect the views, opinions, positions or strategies of NTIPL, english.newstracklive.com or any employee thereof. NTIPL makes no representations as to accuracy, completeness, correctness, suitability, or validity of any information on this site and will not be liable for any errors, omissions, or delays in this information or any losses, injuries, or damages arising from its display or use.
NTIPL reserves the right to delete, edit, or alter in any manner it sees fit comments that it, in its sole discretion, deems to be obscene, offensive, defamatory, threatening, in violation of trademark, copyright or other laws, or is otherwise unacceptable.
MAHARASHTRA POLICE KERALA POLICE DETAINED ZAKIR NAIK MEMBER RECRUITING IS HEADLINES INDIA
Share
Facebook
Twitter
Pinterest
WhatsApp
Koo